A new visual for the anime adaptation of Ishizuka Chihiro’s Flying Witch manga has been featured as a poster in the June 2016 issue of Megami. This issue can be purchased here (get 5% off with coupon code MOE-N3Y-4YW0QK) and you can view the other posters that come bundled in this issue here. 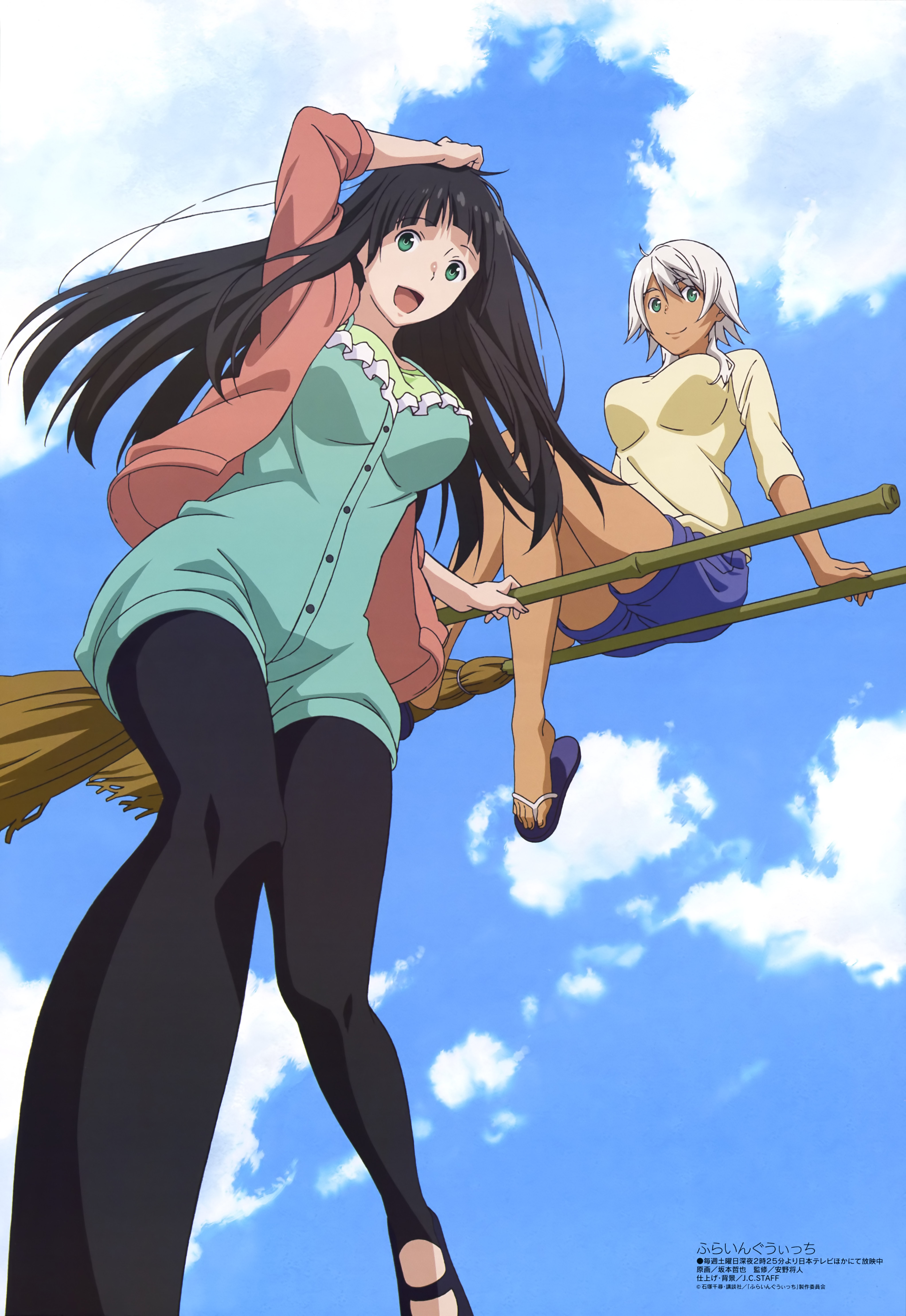 Flying Witch is a Japanese manga series by Chihiro Ishizuka. It has been serialized since September 2012 in Kodansha’s shounen manga magazine Bessatsu Shounen Magazine and collected in three tankobon volumes. The manga was first published as a one-shot on July 9, 2010 in the same magazine. An anime television series adaptation has been announced for April 2016.

Kowata Makoto is an air head with a bad sense of direction that just moved into her relative’s house… But is that all?