Kadokawa began streaming a promotional video for the seventh Blu-ray and DVD volume of Amagi Brilliant Park on Friday. The volume will include the 13th and final episode that aired on television, as well as an unspecified number of unaired episodes. The video features the song “Extra Magic Hour” by AKINO with bless4 which was used as Amagi Brilliant Park‘s opening theme. 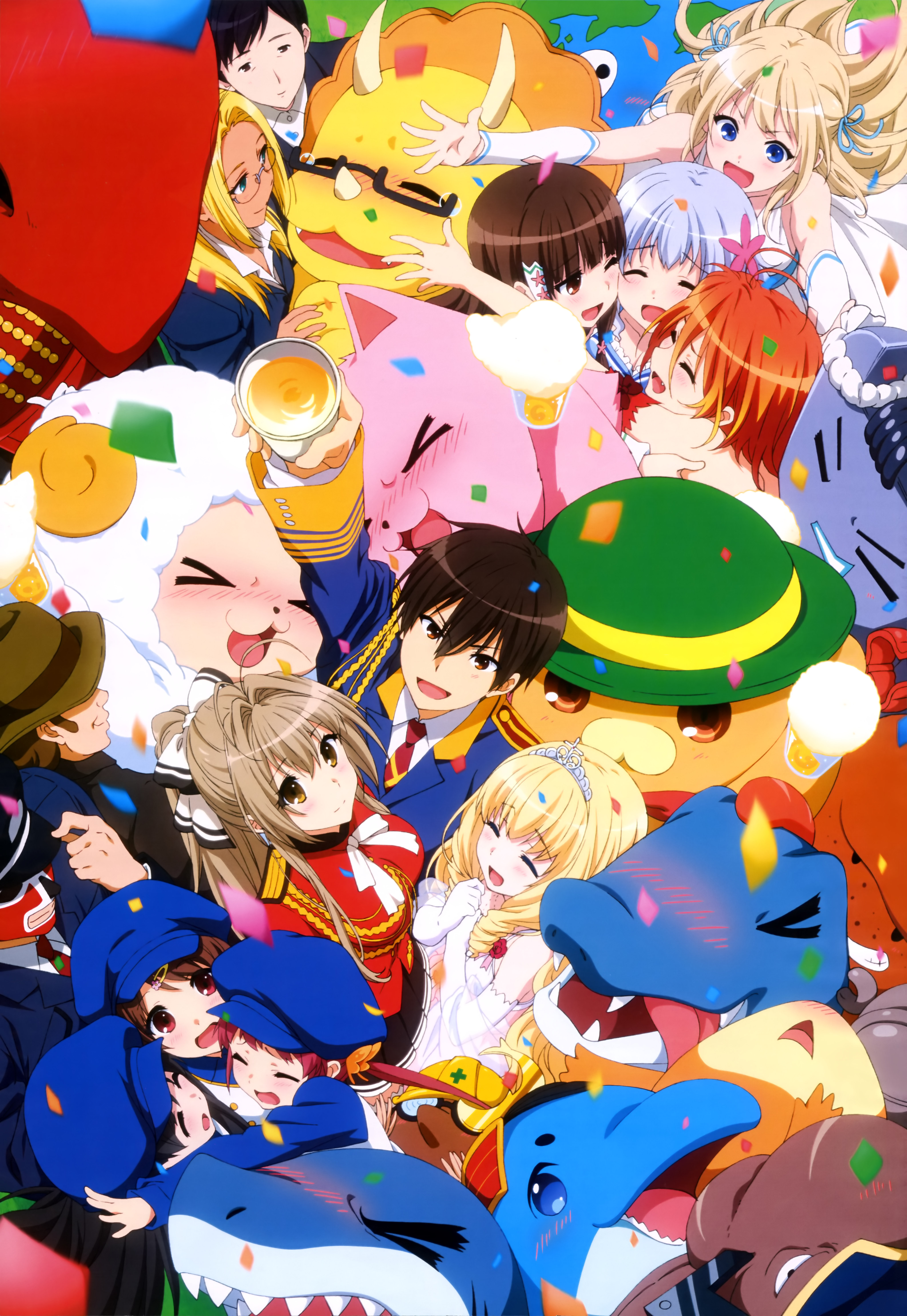 Amagi Brilliant Park is a Japanese light novel series written by Shoji Gatoh and illustrated by Yuka Nakajima. Fujimi Shobo has published five volumes since February 20, 2013, under their Fujimi Fantasia Bunko imprint. There are three manga adaptations published by Fujimi Shobo and Kadokawa. A 13-episode anime television series adaptation by Kyoto Animation and directed by Yasuhiro Takemoto, who directed Hyouka and Full Metal Panic? Fumoffu – the latter is another anime based on Gatoh’s works, aired in Japan between October 6 and December 25, 2014.

The story centers around high school student Seiya Kanie, a self proclaimed genius with looks, intellect, and athletic ability. On a Sunday, a mysterious transfer student who carries a musket gun takes him to an old and deserted amusement park, Amagi Brilliant Park. He is told that if the park can’t attract 100,000 visitors in the next two weeks, it will be closed immediately. And thus the business comedy, Amagi Brilliant Park, begins!