Aqua and Megumin from the anime adaptation of Natsume Akatsuki and Kurone Mishima’s Kono Subarashii Sekai ni Shukufuku wo! (Give Blessings to This Wonderful World!) light novel series has been featured as a double page spread in the March 2016 issue of Dengeki G’s Magazine. You can purchase this issue here (get 5% off with coupon code MOE-N3Y-4YW0QK). 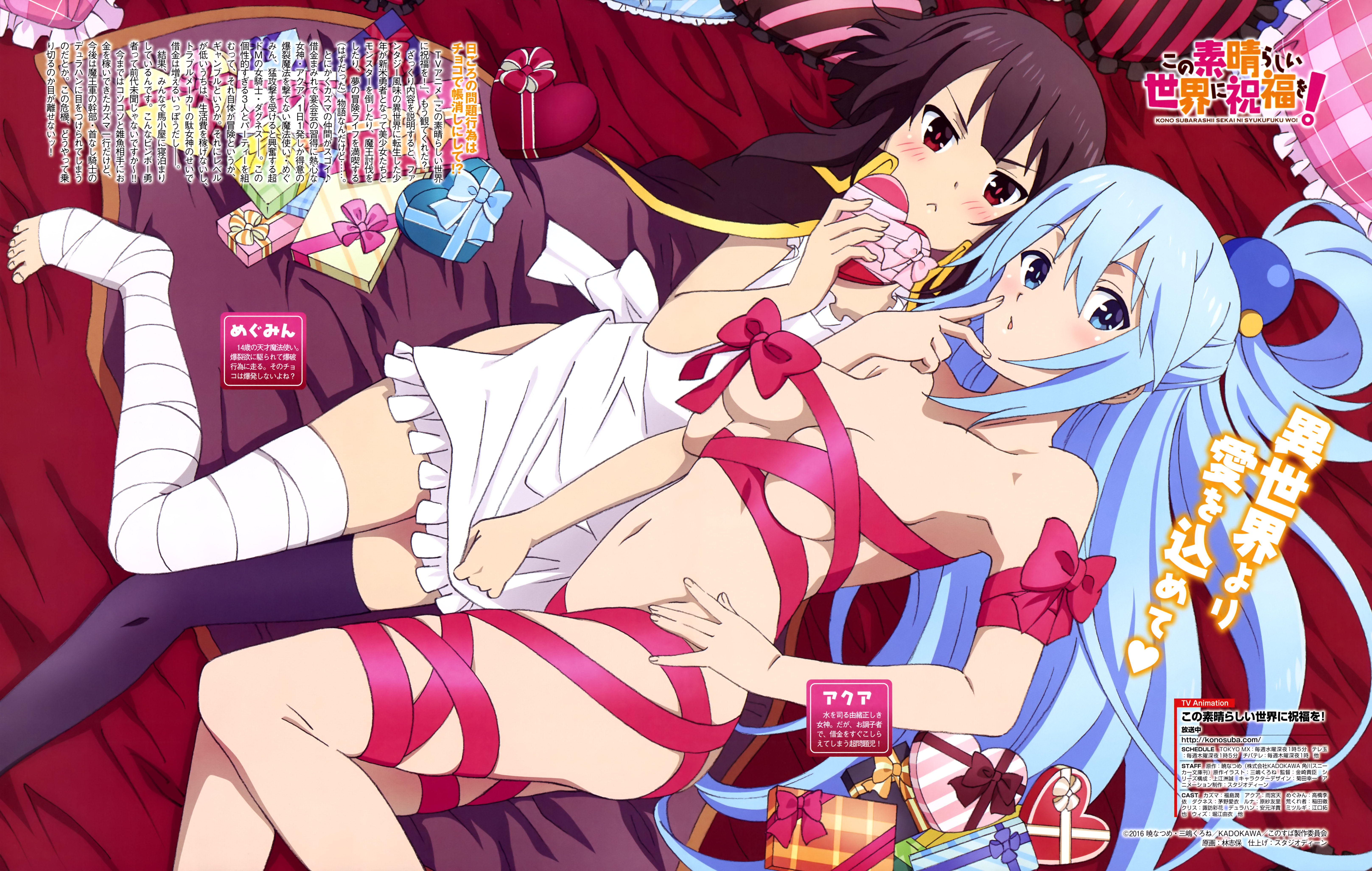