The April issue of Kadokawa’s Young Ace magazine revealed on Friday that Kei Sanbe will begin serializing a spinoff of his mystery manga Boku dake ga Inai Machi in the magazine’s July issue on June 4. The spinoff is tentatively titled Boku dake ga Inai Machi Gaiden. Kei Sanbe concluded the original manga in this Friday’s issue of Young Ace, and art from the manga adorns the issue’s front cover. The manga’s eighth and final volume is slated to ship on May 2. 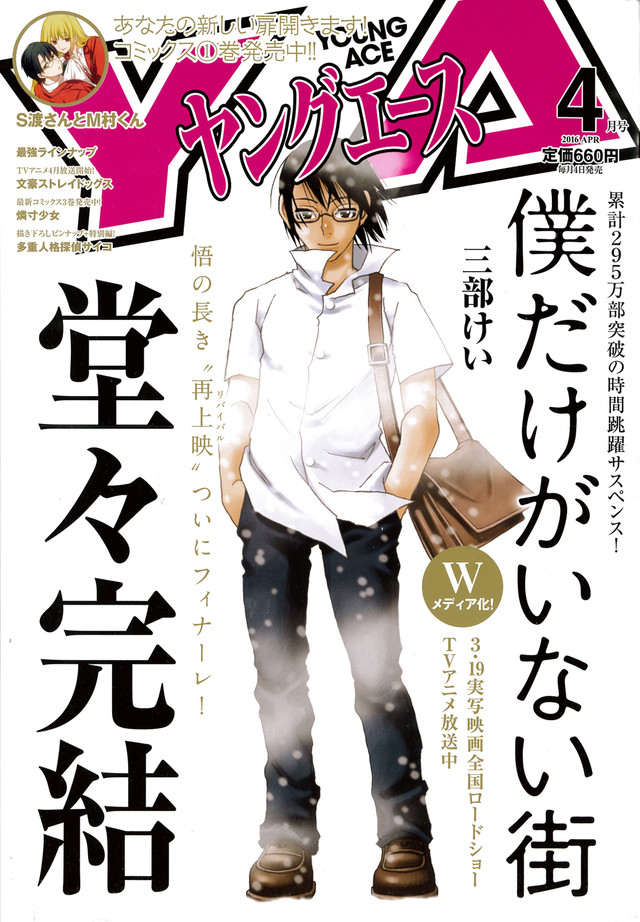