An anime adaptation for Kafka Asagiri (Shionomiya Ayane wa Machigaenai.) and Hirukawa35’s supernatural manga, Bungou Stray Dogs, has been green-lit. The studio behind Zetsuen no Tempest, Fullmetal Alchemist: Brotherhood and Kekkai Sensen, which is Bones, will be in-charge of the production. The anime is slated to premiere on 2016. More information will be announced at a later date. 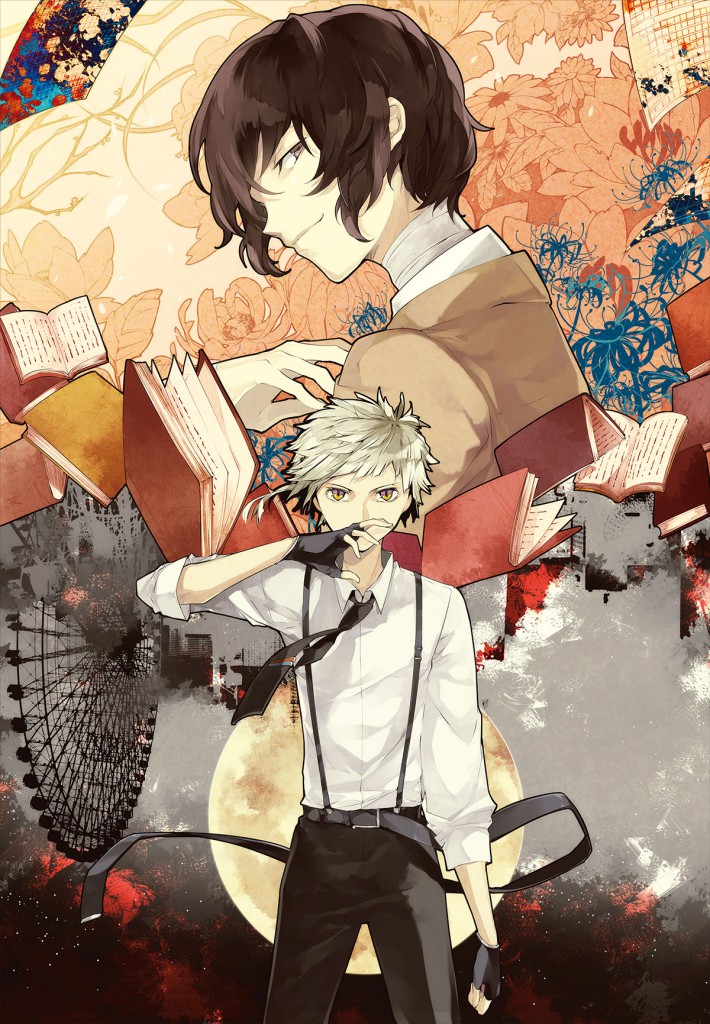 The manga was published under Kadokawa Shoten’s Monthly Young Ace magazine since December 4, 2012. There are currently 7 compiled manga volumes published. And the 8th volume will be released on September 4. The manga’s 7th volume has sold almost 98,000 copies on its third week based from the Oricon’s Weekly Rankings. The manga also received a novel adaptation and has three LN volumes as of May 1, 2015.