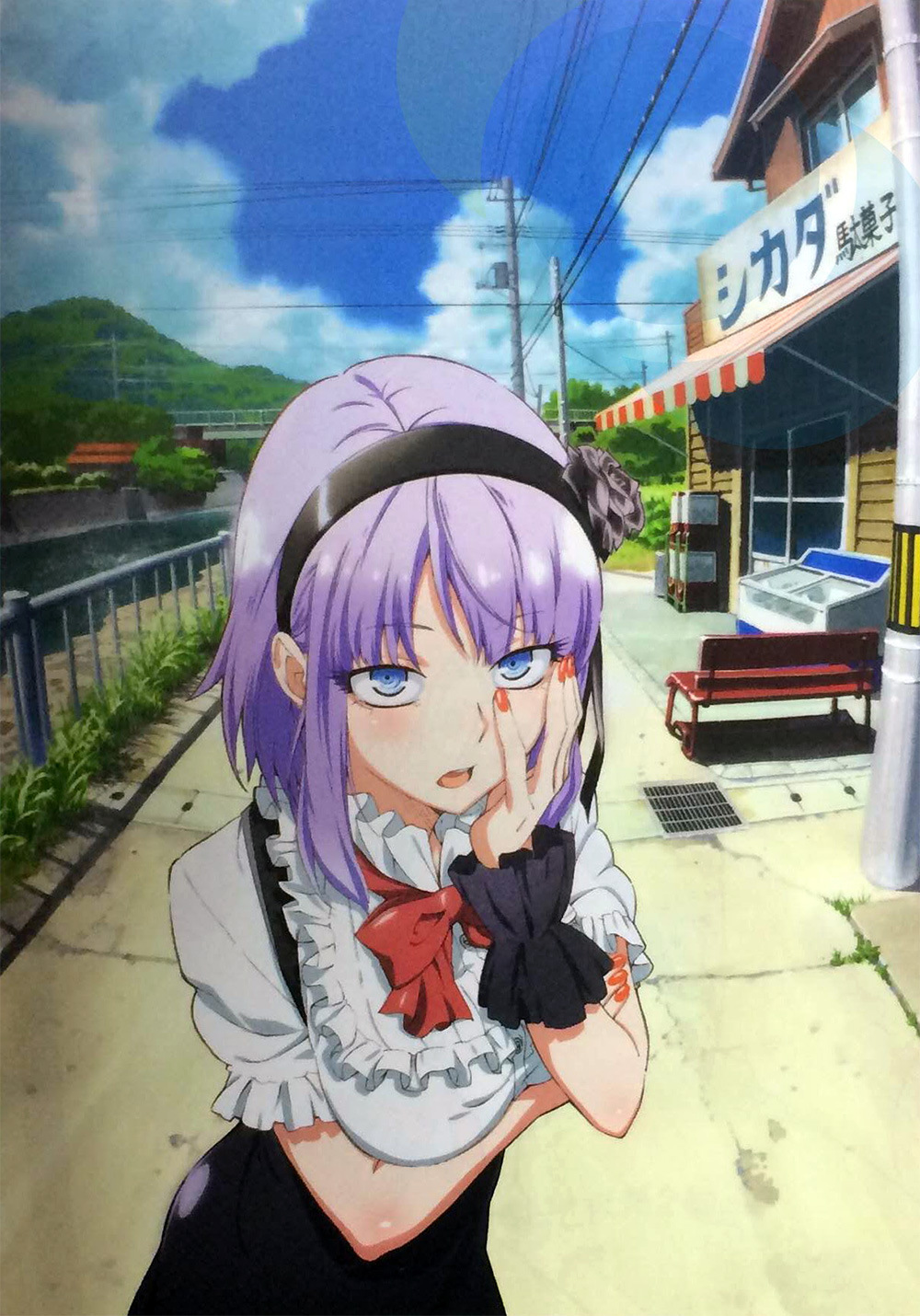 Dagashi Kashi is written and illustrated by Kotoyama. It began serialization in Shounen Sunday magazine in June 2014. The manga is currently ongoing, with two compiled volumes published.

Shikada Kokonotsu’s father owns a rural sweets shop, and his plan is for Kokonotsu to take it over one day. However, Kokonotsu wants to be a manga author instead! One day in summer, the cute but weird girl Shidare Hotaru, from the famous sweets company, comes to pay a visit. Apparently, Kokonotsu’s father is famous and she wants him to join her family’s company. However, he will only agree if she can convince Kokonotsu to take over the family business!

An anime adaptation of Dagashi Kashi is currently in production. More details about the anime will be unveiled in upcoming issues of Weekly Shonen Sunday.