The official website of the anime adaptation of Masaki Tsuzuki’s manga Dog Days 3 began streaming the fourth commercial on Friday. The video introduces the new character Sharu who will be voiced by Sumire Uesaka (Momoka from Cross Ange).

The commercial proclaims, “The three heroes are coming back to Flonyard for the third time. This time the stage is autumn. The new-generation hero entertainment returns for a repeat performance!”

Sharu’s character designs were also previewed in a magazine: 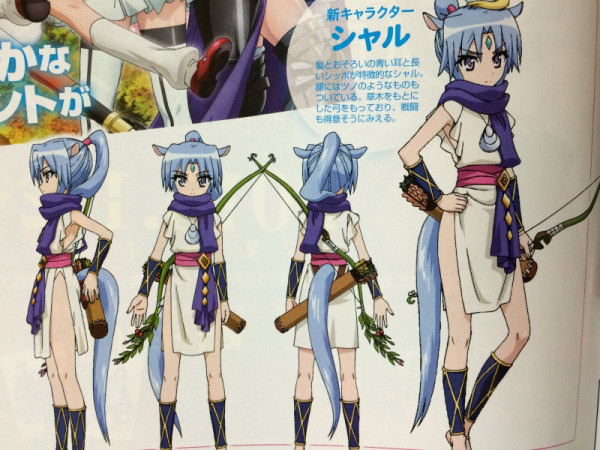 In addition, the cast was revealed:

The staff were revealed earlier and is as follows: