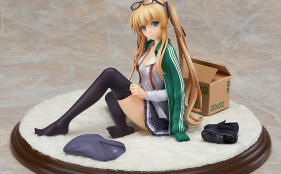 A new figure from the series Saenai Heroine no Sodatekata was recently put up for pre-order from the good smiling people over at Good Smile Company. This time around it is none other than the twin-tailed osananajimi Eriri Spencer Sawamura!

The new 1/7 scale figure will be about 125 mm (almost 5 inches) tall and depicts Eriri getting dressed, with blouse and shirt unbuttoned while pulling up her stockings on a fuzzy carpet base. Exceptional detail is put into the stockings in this fig, complete with toe seams and stretching, as well as the small extras that come with the fig. From the shoes to the vest and even the cardboard box, from the prototype it seems that incredible detail was put into this fig to make it look great from both near and afar. Another nice detail is that you can display her with and without her green tracksuit jacket, depending on your mood or the weather.

The figure is going to retail at around 10,000 yen (about $83 USD) and will release in April of 2016; however, pre-orders will close on October 7th in Japan, so you have a little over a month to decide if you are going to be buying her from one of many direct sellers where she is already up for order. 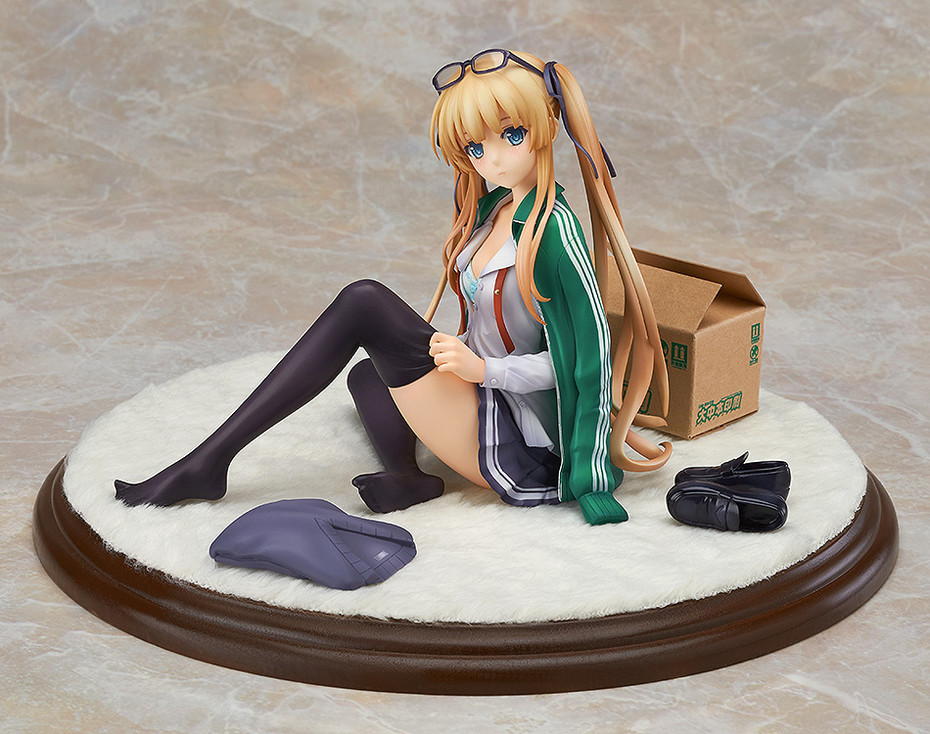 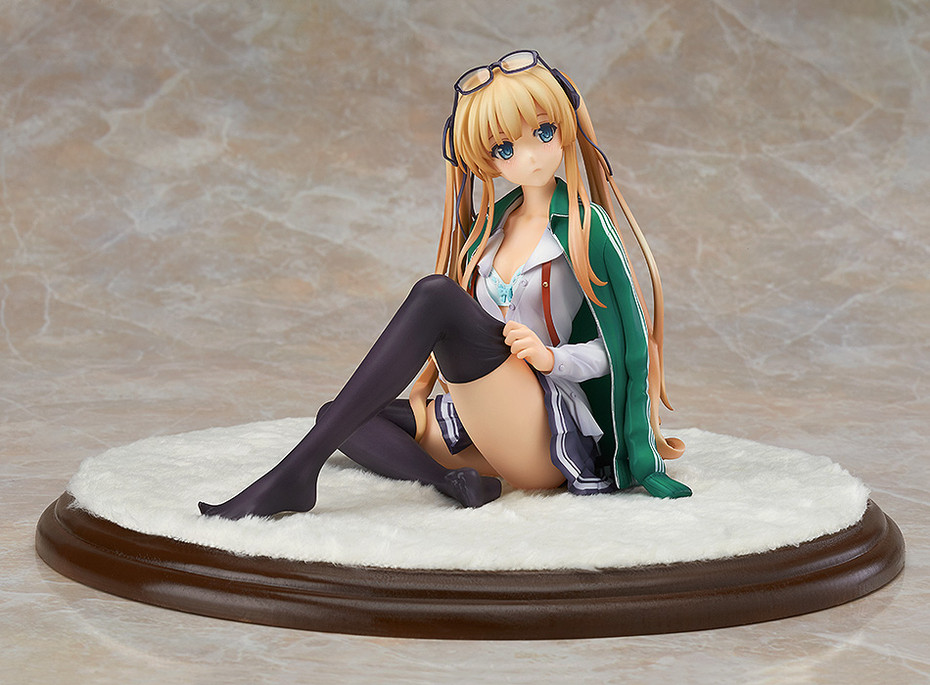 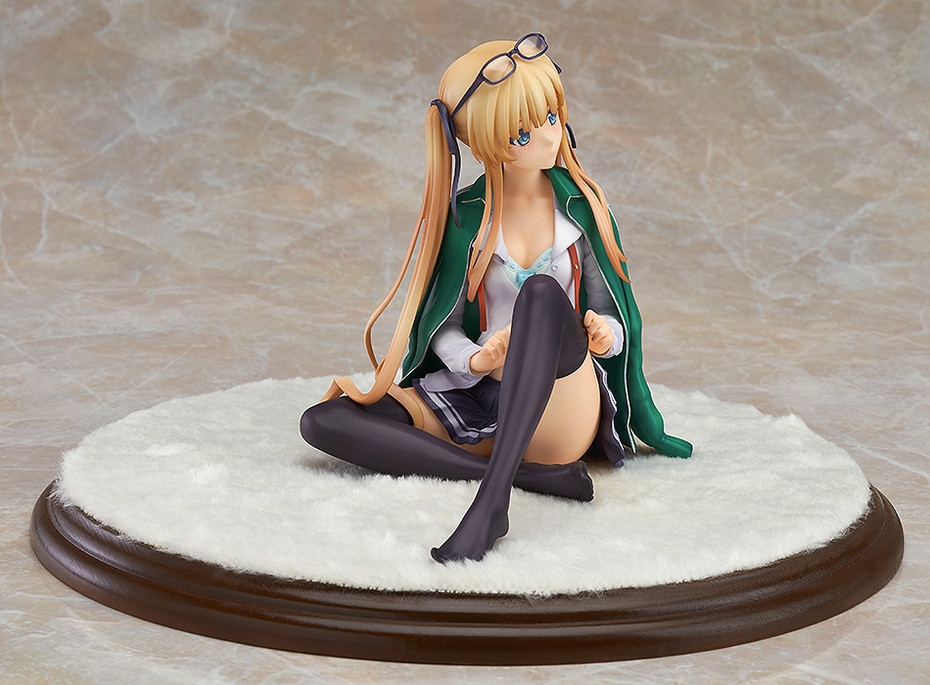 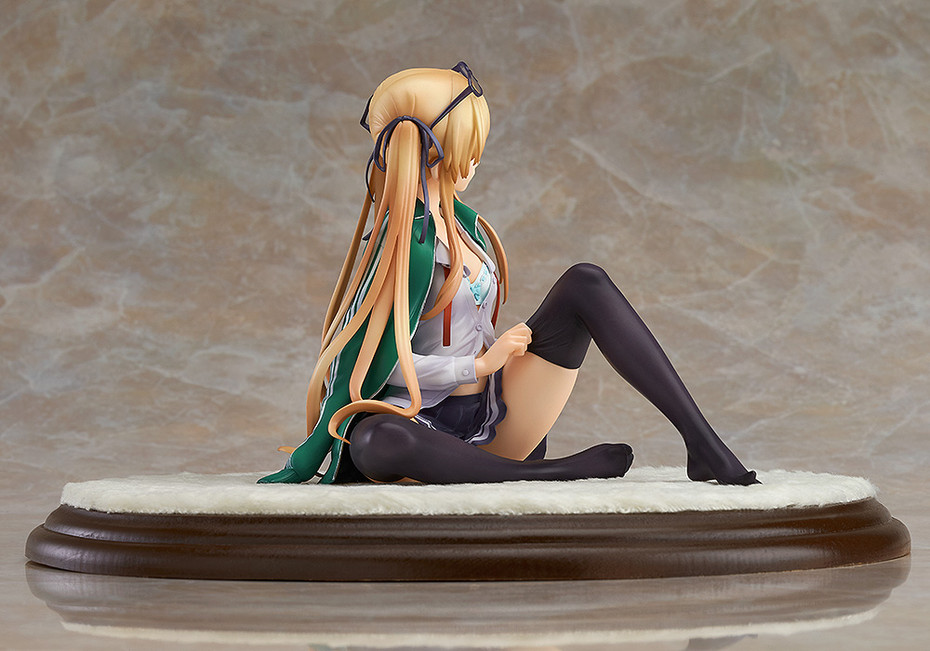 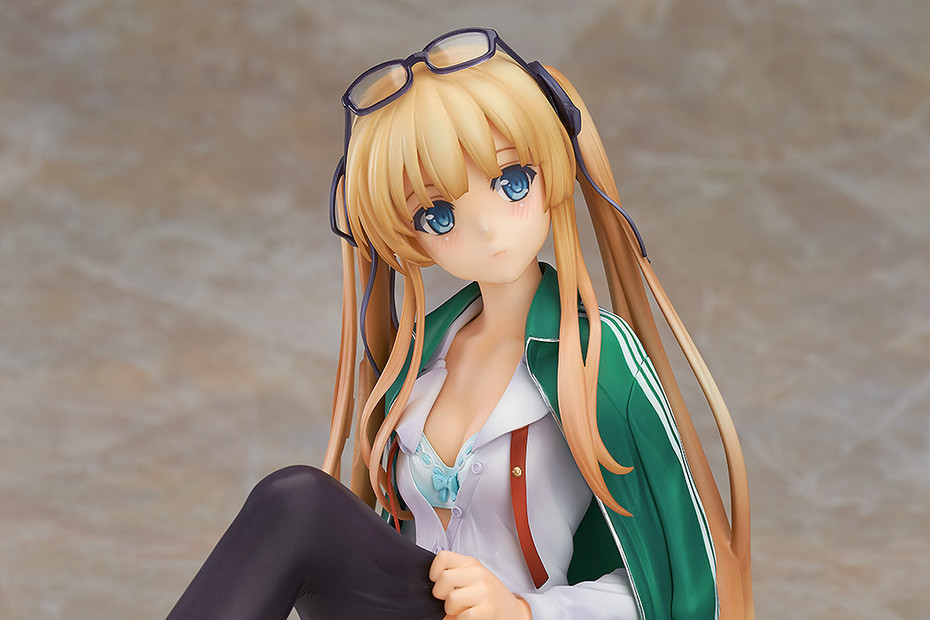 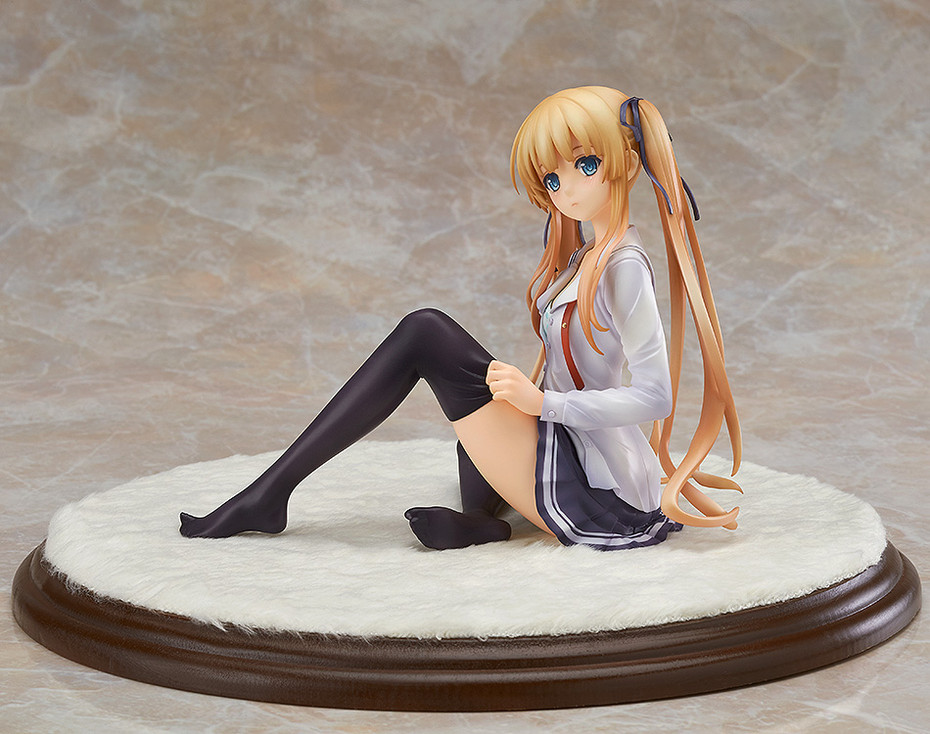 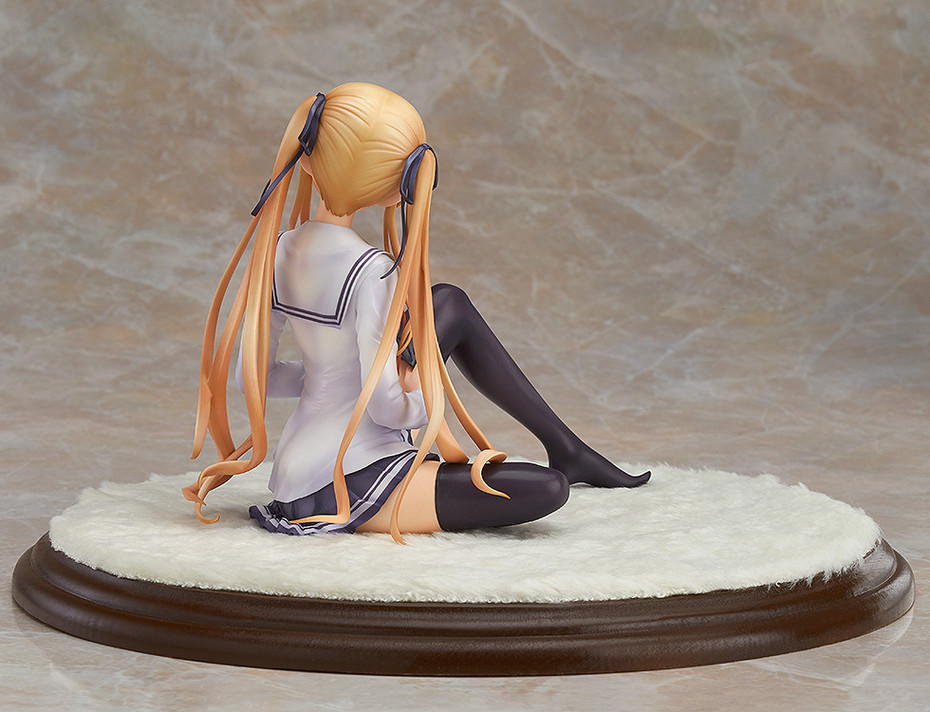 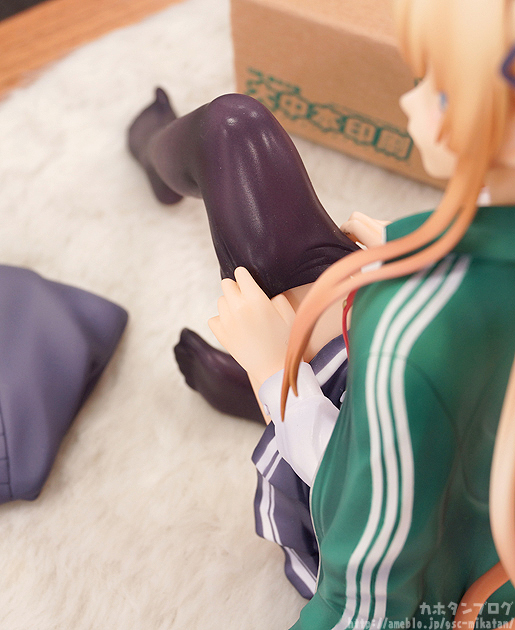 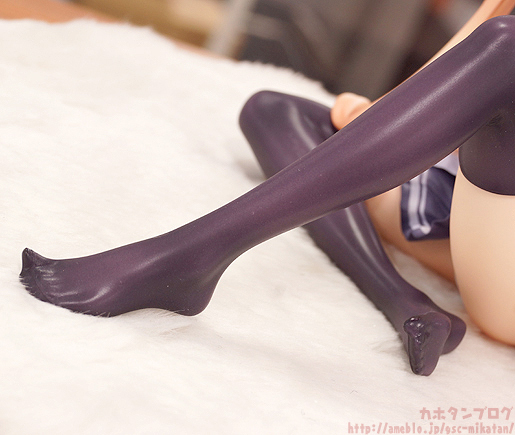 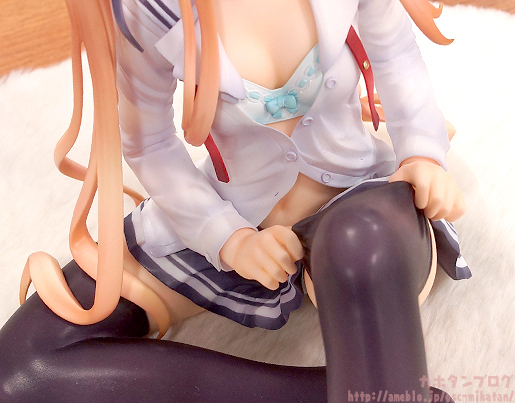 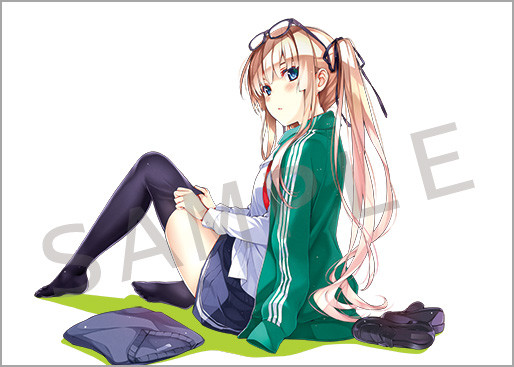