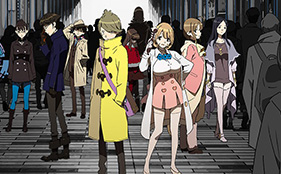 The official website of Chiyomaru Shikura (Steins;Gate, Robotics;Notes) and pako’s Occultic;Nine light novel series has revealed that the anime’s first two episodes are no longer available due to a decision by the production committee. This has also affected all official streaming services.

While no reason has been given so far, but the website notes that the episodes will be back at a later date and apologises for the inconvenience. Episode 3 of the anime will still air as scheduled.

The first details about the Blu-ray and DVD volumes of the Occultic;Nine anime were revealed recently. There will be a total of 6 volumes, with each volume containing 2 episodes each, and the last volume containing episodes 11 and 12. The release date of the volumes are:

The Blu-ray volumes will retail for ¥7,000 ($67.80 USD) and the DVD volumes will sell for ¥6,00 ($58.10 USD). Early pre-orders of the volumes will receive a small OST, 24 page booklet, two pinups of the end cards to the volume’s respective episodes and audio commentary with the cast and staff. 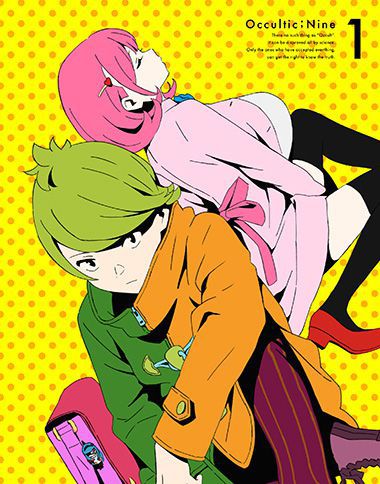 The main members of the anime’s production staff were revealed:

Occultic;Nine is a light novel series written by Chiyomaru Shikura, head of MAGES the creator of many of 5pb. and Nitroplus’ visual novels (including Steins;Gate and Robotics;Notes) with illustrations from Pako. The novels began in late 2014 and a total of 2 volumes have been release. The series is also being adapted into a monthly manga in Kodansha’s good! Afternoon magazine by Ganjii. The first volume of the manga released on the 7th of April this year. A video game adaptation from 5pb. and Nitro+ was announced in mid 2015 – no further information was revealed since its announcement.