The popular manga related manga Gekkan Shōjo Nozaki-kun comes to life this July with an anime adaption. Several character designs, staff members and ever voice actors have been already confirmed. Check out the information below along with the anime preview. 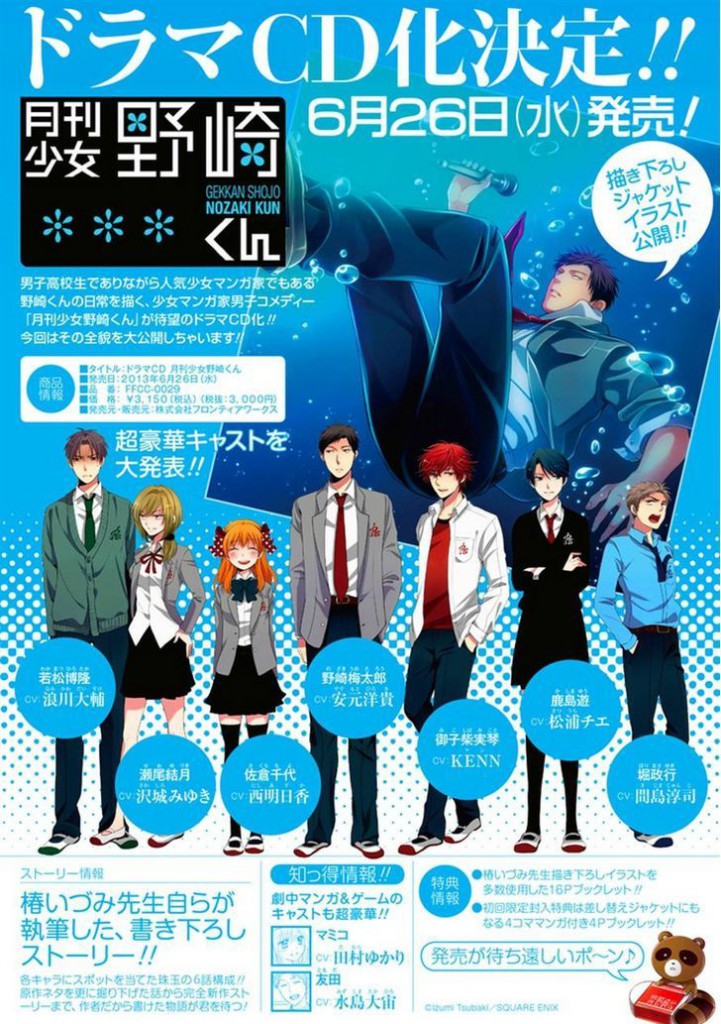 Sakura Chiyo confesses to her crush, Nozaki-kun, but he mistakes her as a fan! Unable to convey her feelings, what happens when he invites her to his house? Find out in this new romantic comedy. What do you think? Tell us below!