The first series of the popular comedy/action anime series Gintama will be receiving a blu-ray box set release. This is the first time the anime series will have a blu-ray release (excluding the movies Gintama: Shinyaku Benizakura-hen & Gintama: Kanketsu-hen – Yorozuya yo Eien Nare.) 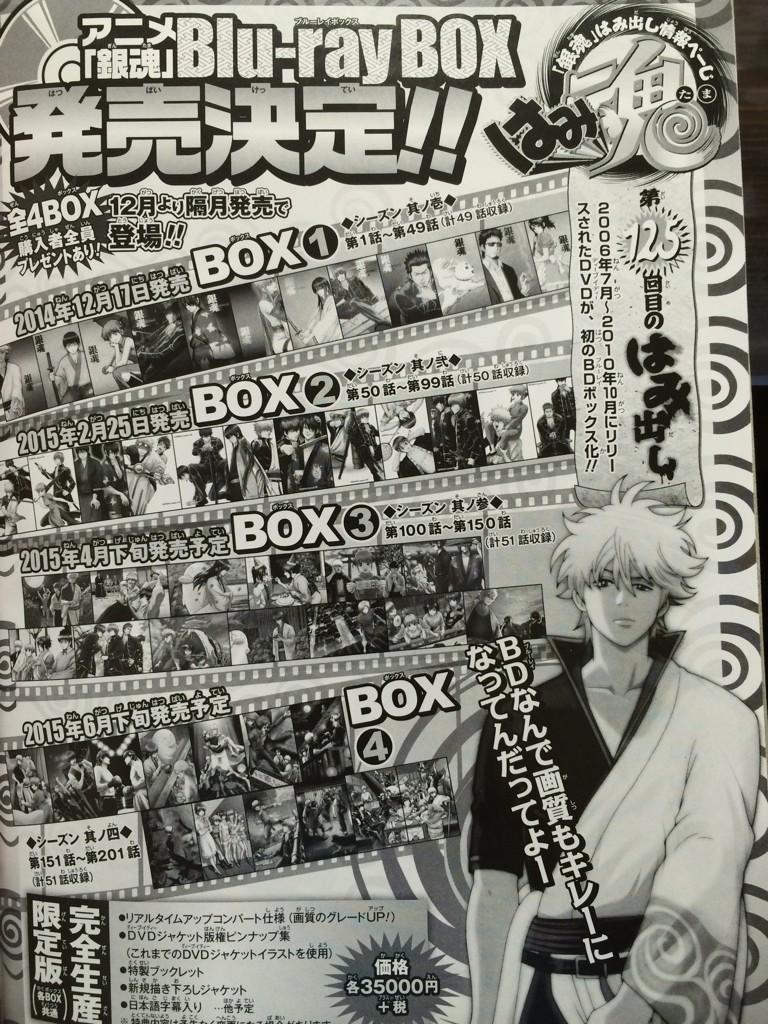 The third blu-ray box set will contain episodes 100 to 150 and will be released in late April.

The fourth blu-ray box set will contain episodes 151 to 201 and will be released in late June.

Each blu-ray box set price will cost 35,000 yen (+ tax) and will include a jacket for the boxes as well as booklets.