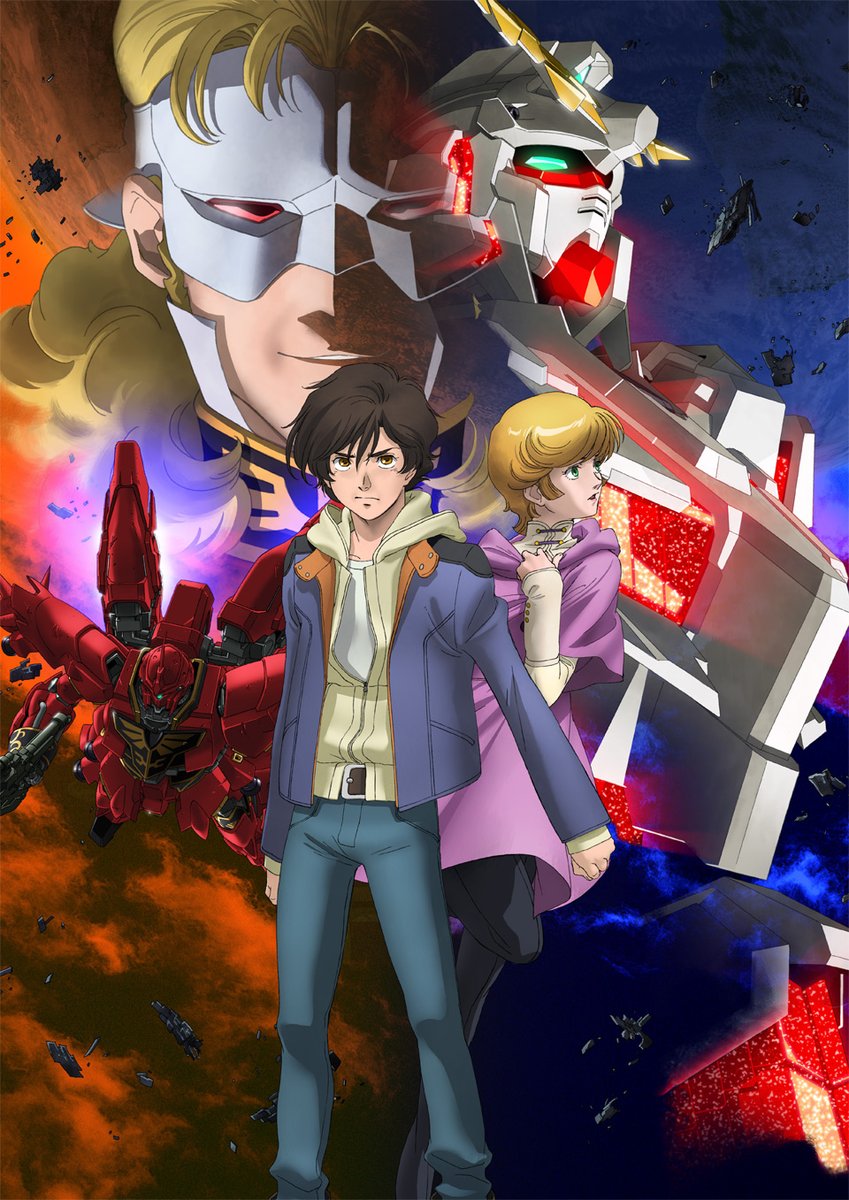 Mobile Suit Gundam Unicorn is a novel by popular Japanese author Harutoshi Fukui. The novel takes place in Gundam’s Universal Century timeline. Character and mechanical designs are provided by Yoshikazu Yasuhiko and Hajime Katoki, respectively. An anime adaptation was produced by Sunrise as a seven-episode original video animation series and released between March 12, 2010 and June 6, 2014 on DVD and Blu-ray Disc. It was directed by Kazuhiro Furuhashi. A television rebroadcast of the anime adaptation titled Mobile Suit Gundam Unicorn RE:0096 will begin airing on April 3, 2016.

The manufacturing colony Industrial 7, which is still under construction, floats at Lagrange point 1.

A youth named Banagher Links, who grew up without knowing his father, meets a mysterious girl who has stowed away on a ship bound for Industrial 7. As the white mobile suit Unicorn undergoes repeated tests and becomes the subject of diverse speculations, the hands of time begin to move.

Banagher does not yet know that he has been caught up in the conflict surrounding Laplace’s Box.

What is Laplace’s Box?
What secret does it contain?
The hundred-year curse of the Universal Century is about to be resolved.