The official Twitter account of the anime adaptation of Haruichi Furudate’s Haikyuu!! manga has revealed a brand new visual at Anime Japan 2016 for the anime’s upcoming third season. 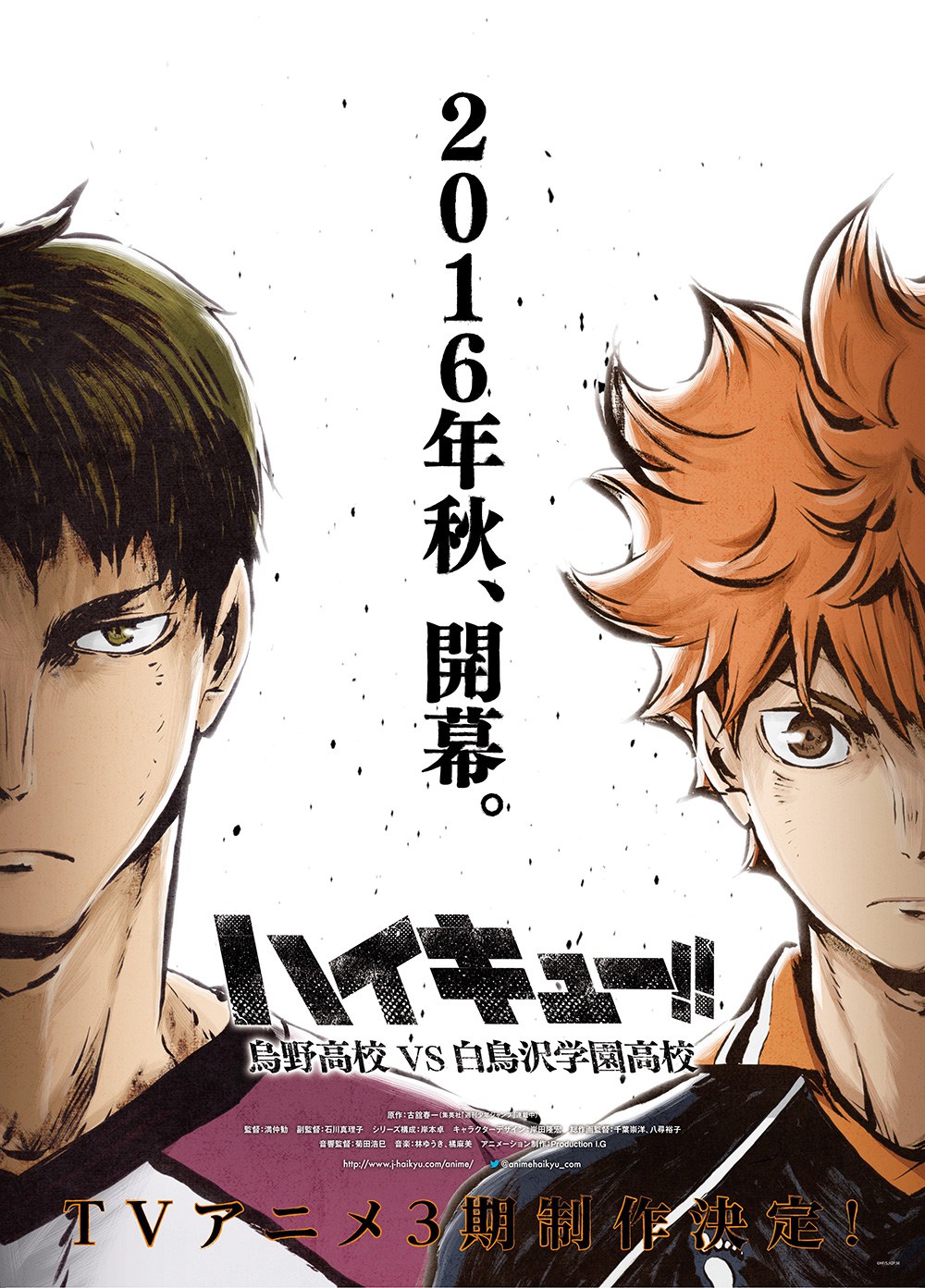 The third season of the anime will begin airing this October, during the Fall/Autumn 2016 anime season. The new season will begin from where the second season left off, following the match between Karasuno High and Shiratorizawa Academy.

A third season of the Haikyuu!! anime is currently planned for the Fall/Autumn 2016 anime season, starting in October. Further information about season 3 will be revealed in the leading months to the series’ debut.