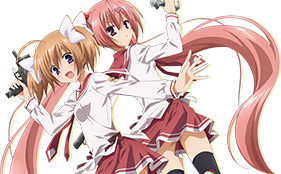 The official website for the upcoming anime adaptation of Chuugaku Akamatsu’s and Shogako Tachibana’s spin-off manga series, Hidan no Aria AA, revealed that the series will premiere this October. The staff, cast, and a preview of the series have also been revealed.

Additionally, the main cast for the anime was also announced: