The official website of the upcoming anime adaptation of Norimitsu Kaihou and Sadoru Chiba’s Gakkou Gurashi! (School-Live!) manga has released a preview of Inori Minase’s character in the Summer series. 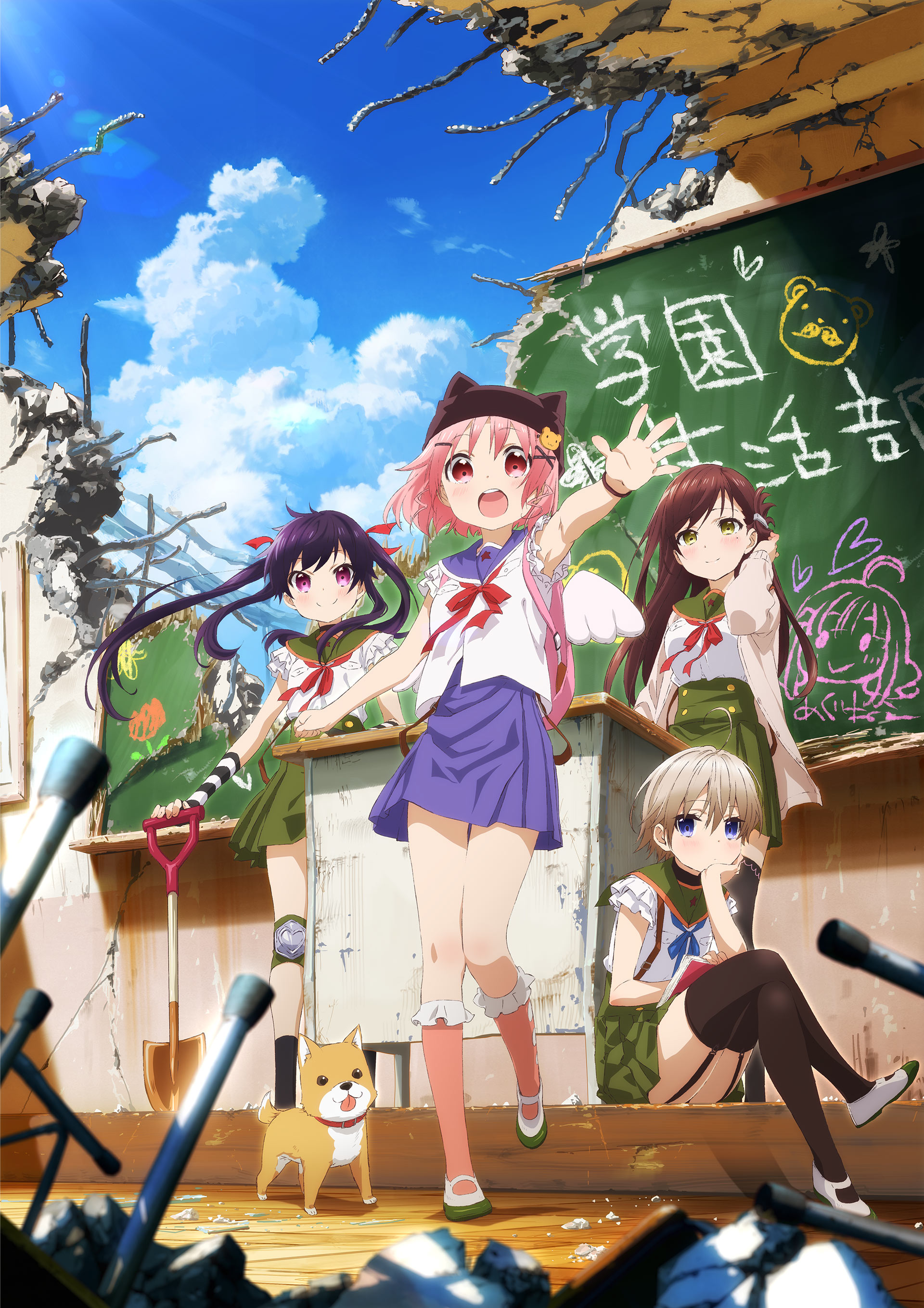 Three pieces of preview audio of the voice of main character Yuki Takeya has been posted on the anime’s website. She will be voiced by Inori Minase, who has voiced Chino Kafuu in Gochuumon wa Usagi Desu ka? 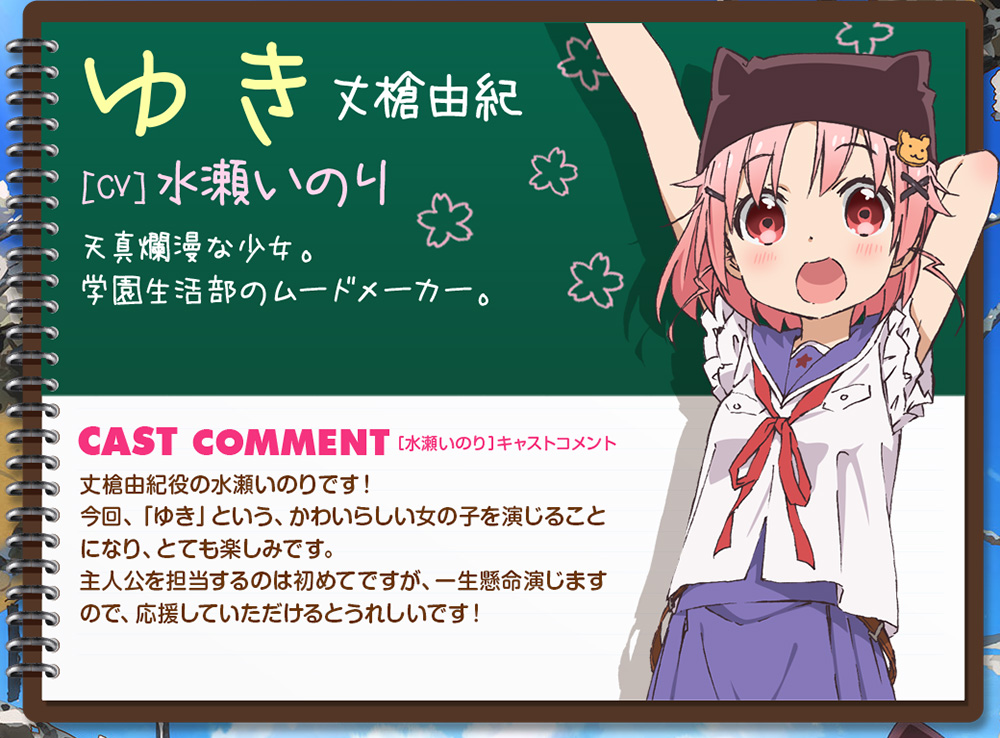 The main cast were earlier revealed and includes: 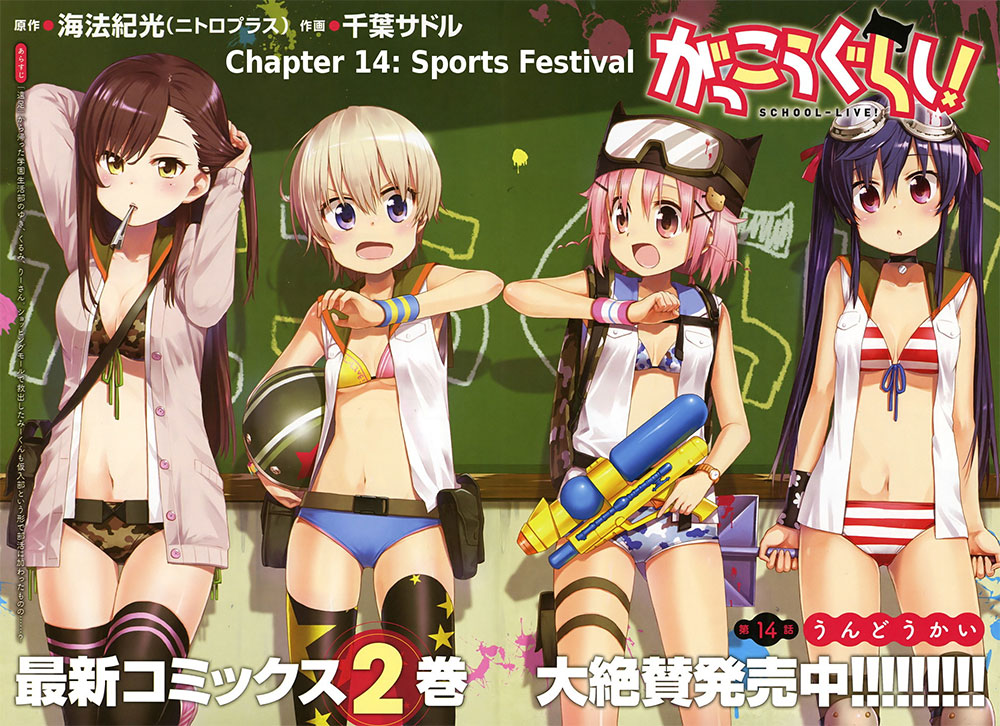 The Gakkou Gurashi! TV anime will be airing airing this July during the Summer 2015 anime season. Further information about the anime will be revealed in the following weeks.