The official twitter account for Yui Hara’s Kiniro Mosaic has tweeted an image of the girls from Kiniro Mosaic wishing you a Happy New Year. 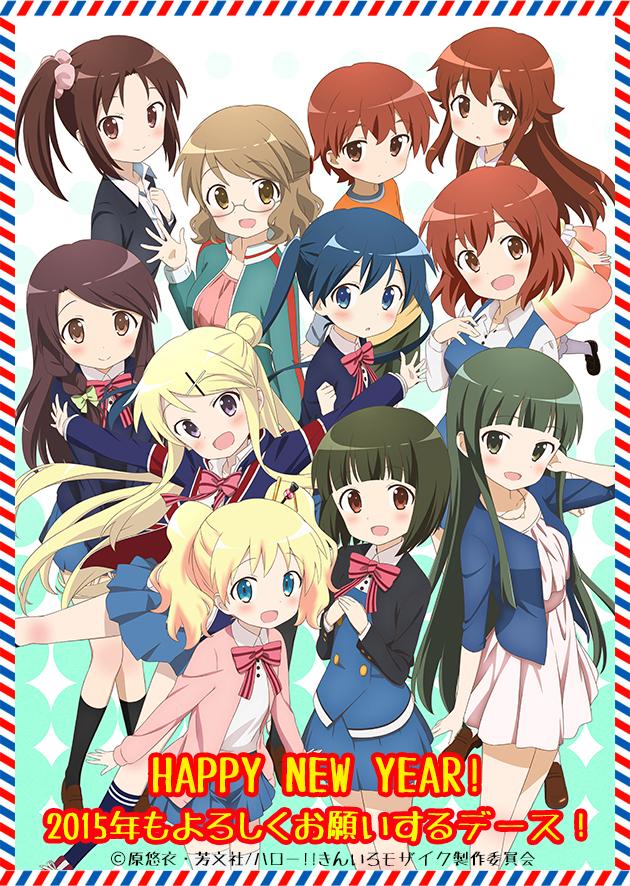 The image also reminds you that the second season of Kiniro Mosaic, Hello!! Kiniro Mosaic, will be airing from April next year, during the Spring 2015 anime season. The second promotional video was also released on Sunday: 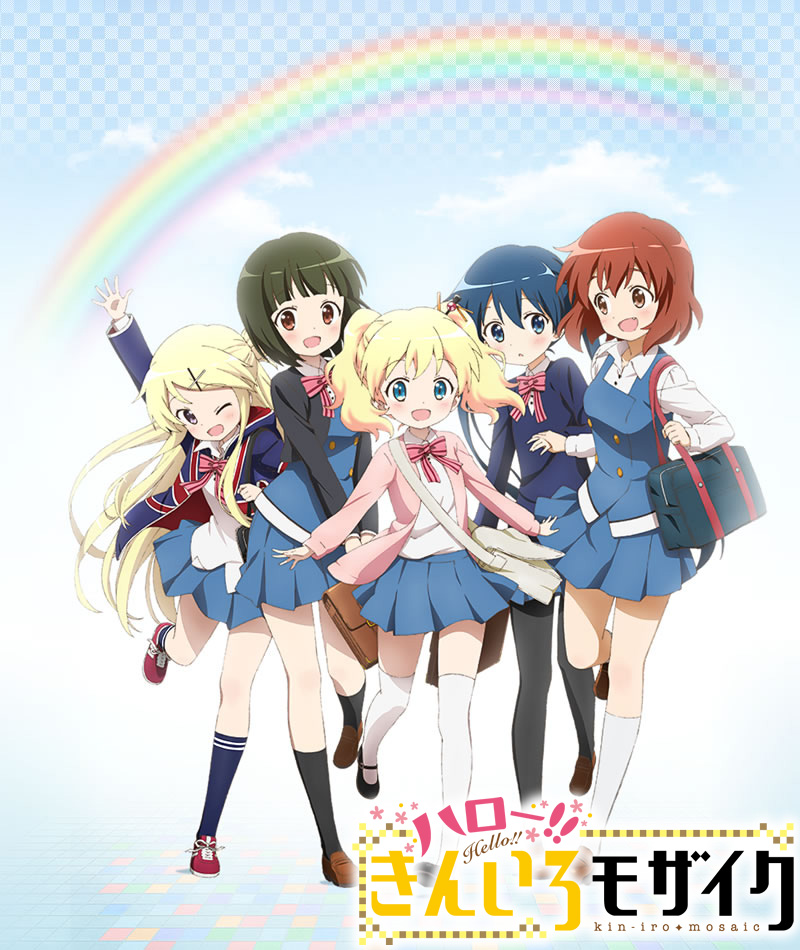 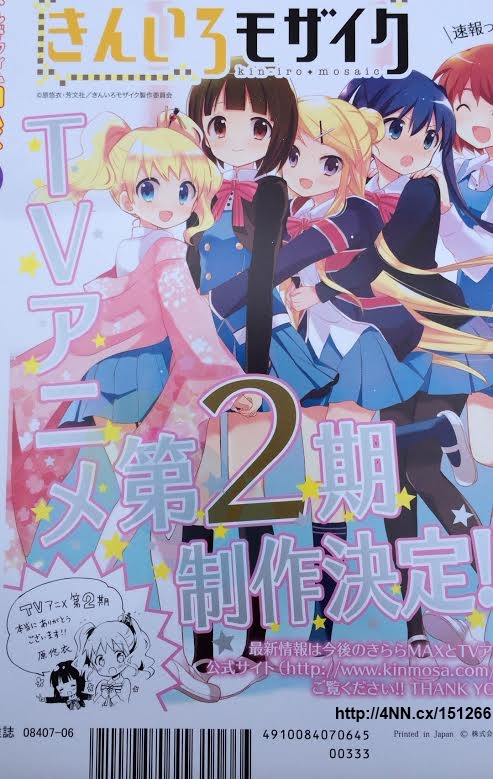 Kiniro Mosaic, also known by the abbreviation Kinmoza!, is a Japanese 4-panel manga written and illustrated by Yui Hara. The series began serialization in Houbunsha’s Manga Time Kirara Max magazine from June 2010. A 12-episode anime adaptation by Studio Gokumi aired in Japan between July and September 2013, and a second season, titled Hello!! Kin-iro Mosaic, will begin airing in April 2015.