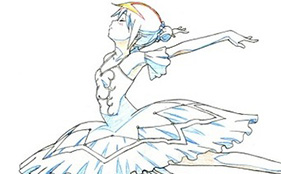 SHAFT animation studio will unveil a short concept movie for a new story related to Mahou Shoujo Madoka Magica for its 40th anniversary “Madogatari” exhibit even in Tokyo on Friday. The movie hints at a new project for the franchise, but nothing has been officially announced. It hasn’t been revealed what the short will be leading to, but Magica Quartet – the team behind the Mahou Shoujo Madoka Magica anime series, consisting of director Akiyuki Simbo, character designer Ume Aoki, scriptwriter Gen Urobuchi (Nitroplus), and animation studio Shaft – have continued plans for a new work since the Mahou Shoujo Madoka Magica The Movie Part 3: Rebellion film opened in October 2013. The concept movie was born from their meetings.