At this weekend’s Summer Comiket 86 doujinshi mega-event, a TV anime adaptation of Masaki Tsuzuki and Takuya Fujima’s manga Magical Girl Lyrical Nanoha ViVid was announced. In addition to the announcement, the anime’s official website has launched with the first key visual. 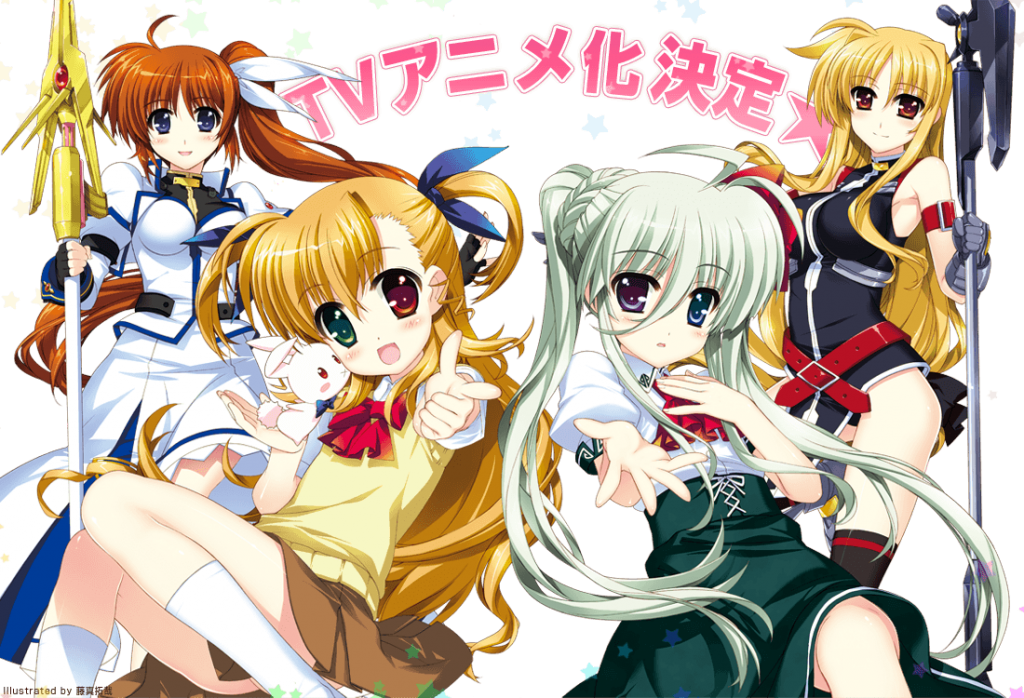 A paper fan was given out at the event to advertise the announcement. 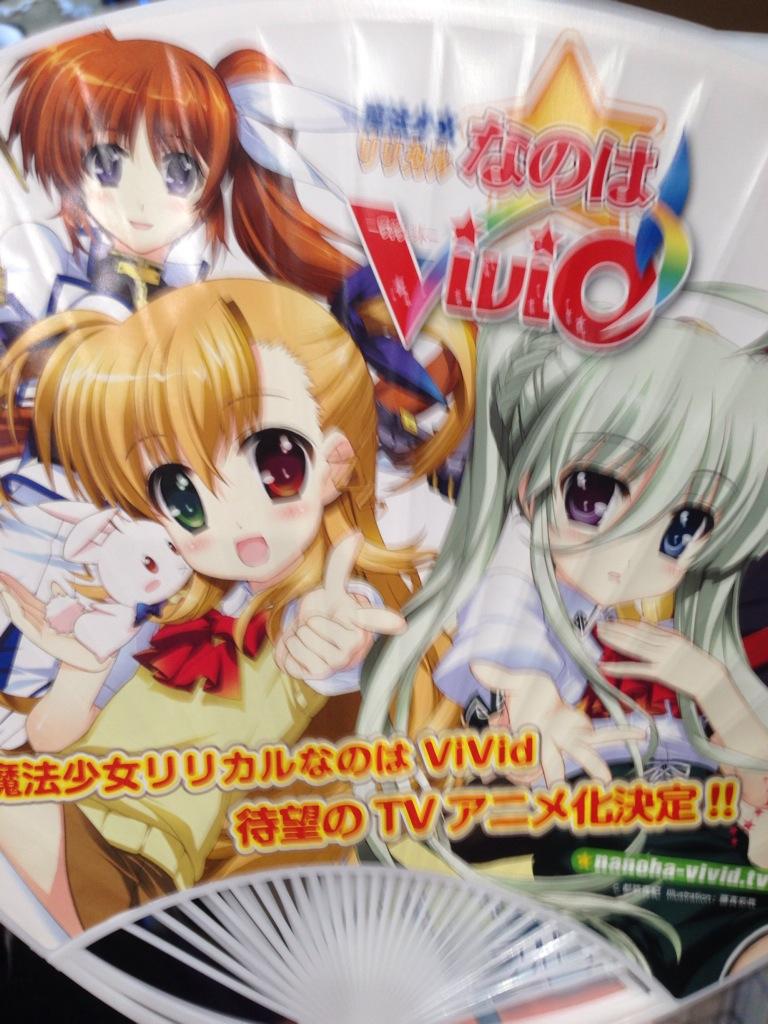