Miki Naoki from the anime adaptation of Norimitsu Kaihou and Sadoru Chiba’s moe / survival horror Gakkou Gurashi! manga series has been featured as a poster visual in the November 2015 issue of the Japanese anime magazine Megami. You can purchase this issue of Megami magazine here and view the other posters that came in this issue here. 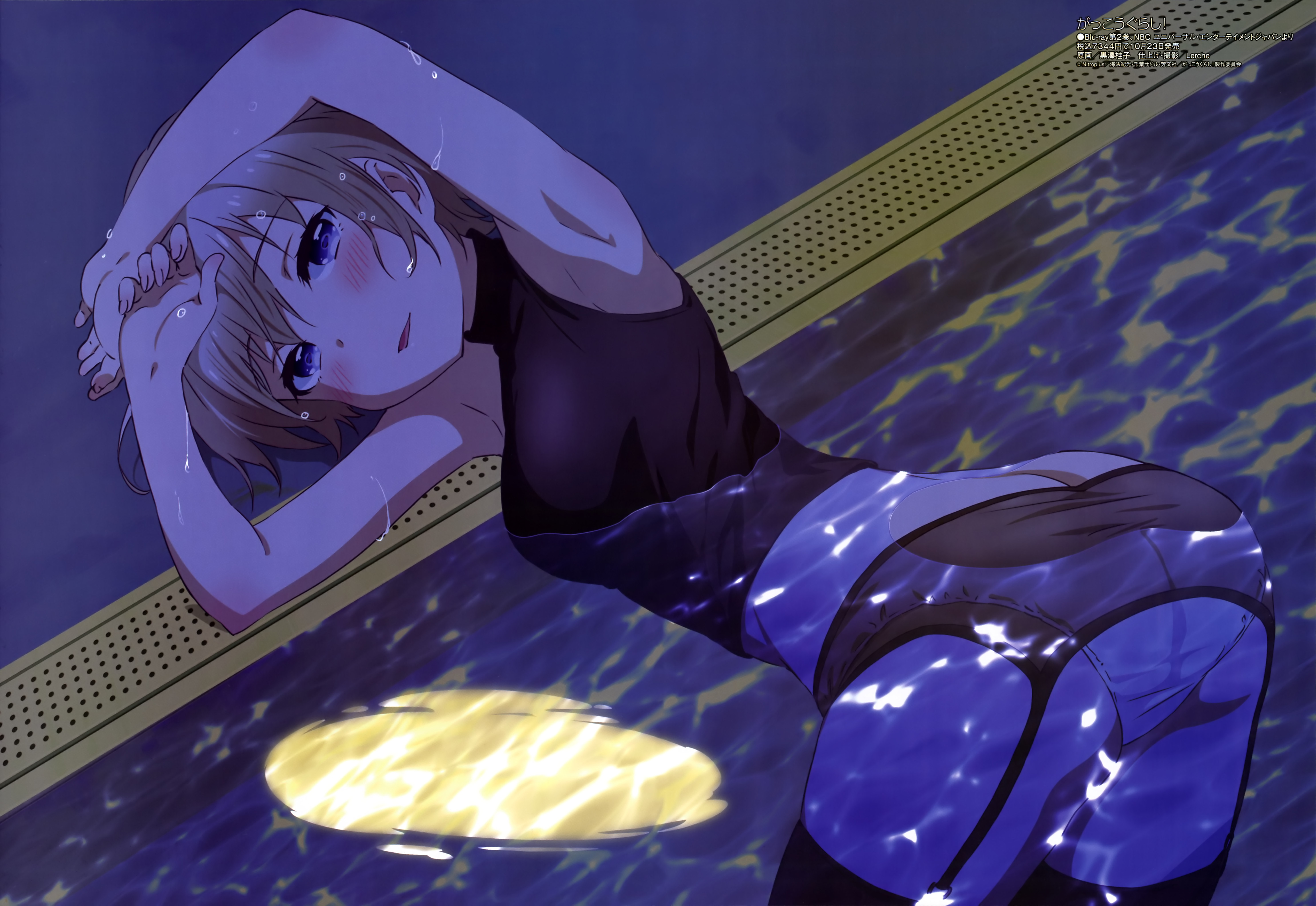 Another key visual of the series has been featured as a visual in the October 2015 issue of the Japanese anime magazine NewType. You can purchase this issue of NewType magazine here.

September issue of NewType as a double page spread. The new visual recaps episode 5 of the TV anime series.  You can purchase this NewType magazine issue here.

The official website recently revealed a new illustration where the main cast of the series can be seen in clothing suited for the summertime heat.

In addition to this, the July 18 report by Hon no Hikidashi, the official news site owned by Nippan/Nippon Shuppan Hanbai, one of the biggest book distributors in Japan, recently revealed that the sales of the based on Norimitsu Kaihou and Sadoru Chiba’s Gakkou Gurashi! manga’s first volume in the week of July 6-12 increased about 10 times more than the previous week of June 29 to July 5. The anime’s first episode has already been viewed over 1.5 million times on Nico Nico Douga.