The first promotional video for the upcoming Magical Patissier Kosaki-chan OVA for Nisekoi has been revealed. The new video briefly previews the scenes from the upcoming OVA about the main characters of Naoshi Komi’s Nisekoi if Kosaki Onodera was a magical girl. It is the second adaptation of Taishi Tsutsui’s Magical Patissier Kosaki-chan spin-off manga, following the 8th episode in the anime’s second season.

The Nisekoi: Magical Patissier Kosaki-chan OVA will be bundled with the manga’s 21st volume, releasing on January 4th next year.

Magical Patissier Kosaki-chan, is a Nisekoi spin-off by Taishi Tsutsui, with Naoshi Komi getting original creator credit. The comedy features a magical girl version of Kosaki Onodera whose family runs a Japanese sweets shop, is transforming into a magical girl in this story.

New character designs were also revealed on the website:

Back in 2014, a crossover between Mahou Shoujo Madoka Magica and Nisekoi was featured as a Jump visual: 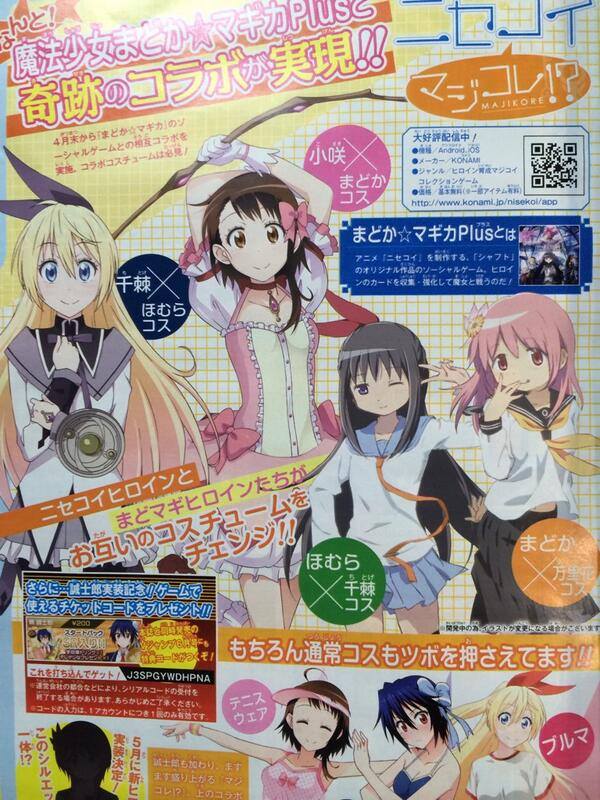 Also the websites for the Madoka Magica Plus mobile social game and the Nisekoi smartphone game were updated with pictures of the two sets heroines dressing as each other in the crossover campaign last year: 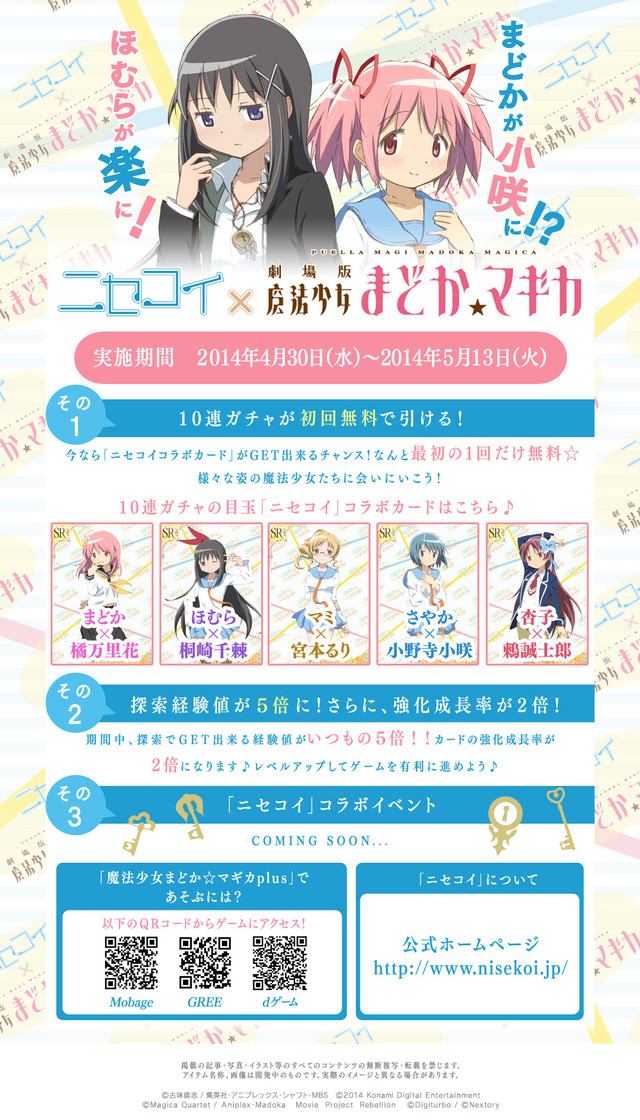 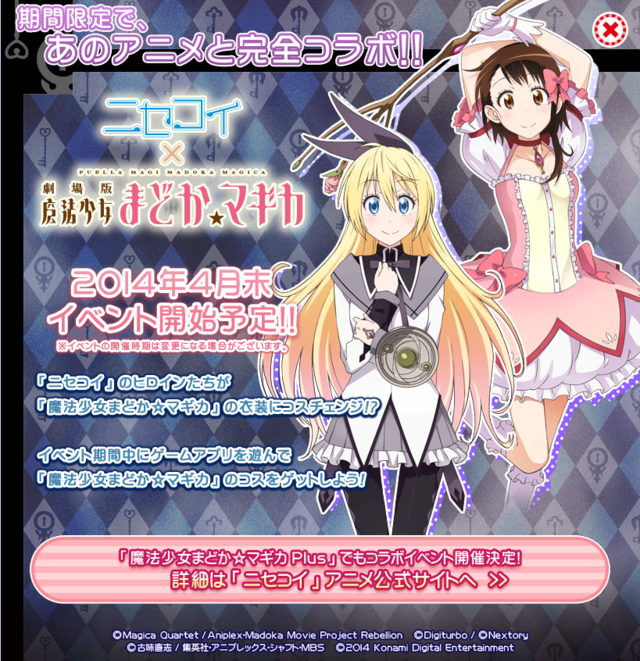