With the first episode of the second season anime adaptation of Naoshi Komi’s manga Nisekoi airing yesterday on Tokyo MX at 23:30 JST. The new opening and ending theme have been revealed. The opening theme is titled “Rally Go Round” and performed by LiSA while the ending theme is titled “Aimai Hertz” and performed by the cast of the series: Chitoge Kirisaki (Nao Touyama), Kosaki Onodera (Kana Hanazawa), Seishirou Tsugumi (Mikako Komatsu) and Marika Tachibana (Kana Asumi).

Nisekoi Season 2 airs every Friday on Tokyo MX at 23:30 JST. The second episode will air on the 17th. 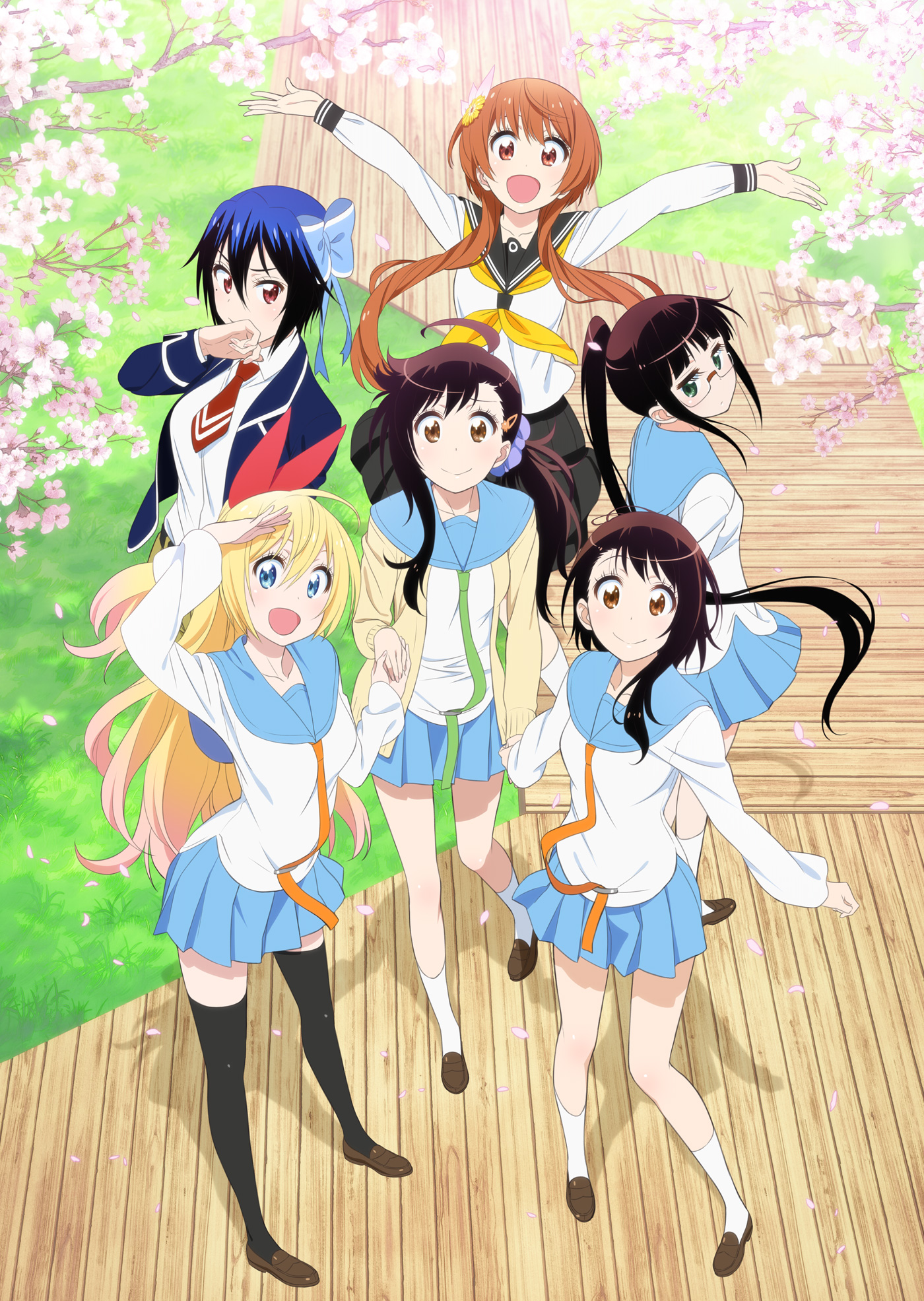