The official website for the upcoming TV anime adaptation of Ruruu Minase’s four-panel comedy manga Ooyasan wa Shishunki! (Landlord is in Puberty!) has revealed that the series will air in January. 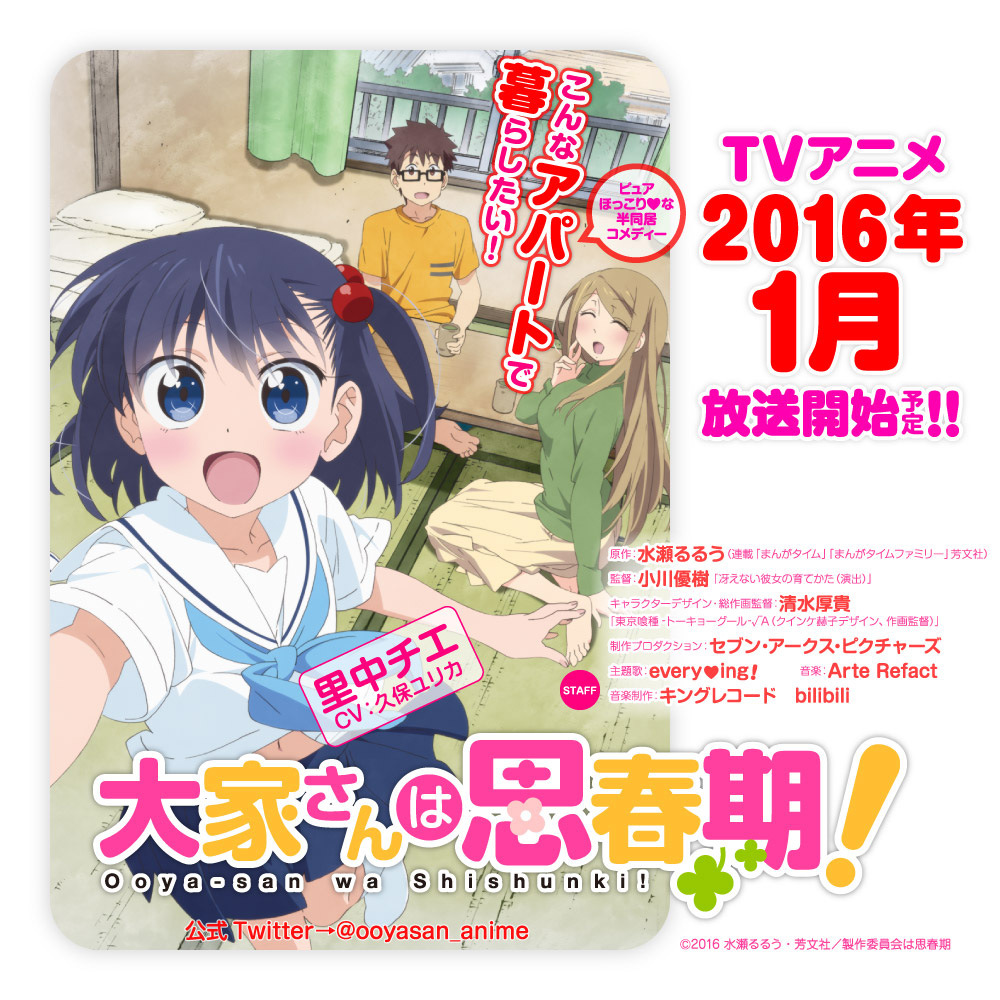 The first cast member of the Ooyasan wa Shishunki! anime has also been revealed:

The main members of the anime’s production staff were also unveiled and includes:

The Ooyasan wa Shishunki! TV anime is airing this January throughout the Winter 2015/2016 anime season. Additional information about the anime will be revealed in the near future.