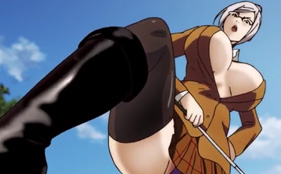 Warner Bros. have posted previews of the opening and ending theme songs for the upcoming anime adaptation of Akira Hiramoto’s Prison School (Kangoku Gakuen) manga series. The series will be airing from July 11th on Tokyo MX and the singles previewed below are due for release on August 5th.

While the ending theme song “Tsumibukaki Oretachi no Sanka” is also performed by Kangoku Danshi:

Here is the most recent visual:

The Prison School (Kangoku Gakuen) anime will be airing from July 11th at 1:05am JST on Tokyo MX during the Summer 2015 anime season. More information about the series will be revealed in the near future.