In regards to our previous article, it has been revealed that season 2 of the Oregairu anime has been green lit. The first anime series, fully known as Yahari Ore no Seishun Love Comedy wa Machigatteiru. (My Teen Romantic Comedy SNAFU), aired around this time last year, and was produced by Brains Base. The announcement was made on an advertisement poster for the monthly Gagaga Bunko magazine. 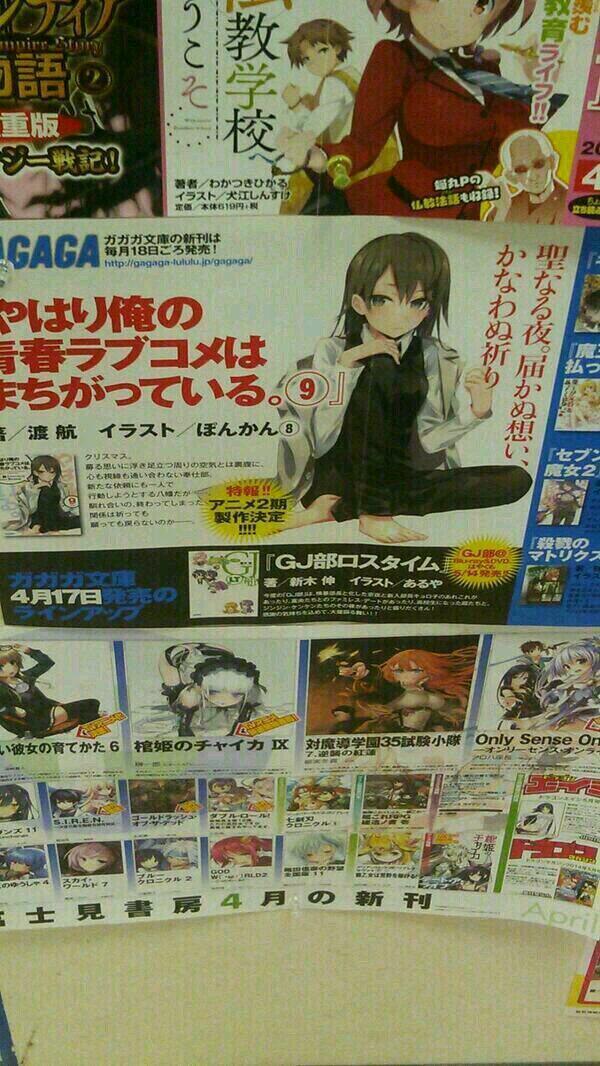 Additionally, the release date of the 9th volume of the light novels was revealed. The volume will release on April 18th, the same date as the planned livestream of Gagaga Bunko, where the writer of the series, Wataru Watari, will make a special appearance. 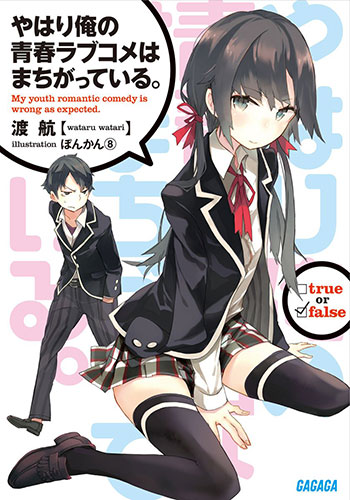 Not too much has been revealed for the second season of Oregairu, including whether or not the animation studio Brains Base will return. More information about the planned second season may be revealed on the Gagaga Bunko livestream found here: http://live.nicovideo.jp/gate/lv173209566