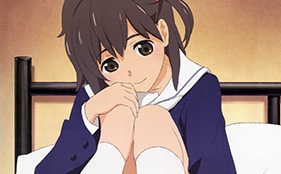 The official twitter account for the Selector Infected WIXOSS franchise revealed on Sunday at a fan event for the franchise that production of a new movie has been green-lit.

In addition to this, an announcement video was streamed which featured clips from Selector Infected Wixoss and Selector Spread Wixoss before revealing the text: “And now a film version has been decided.”