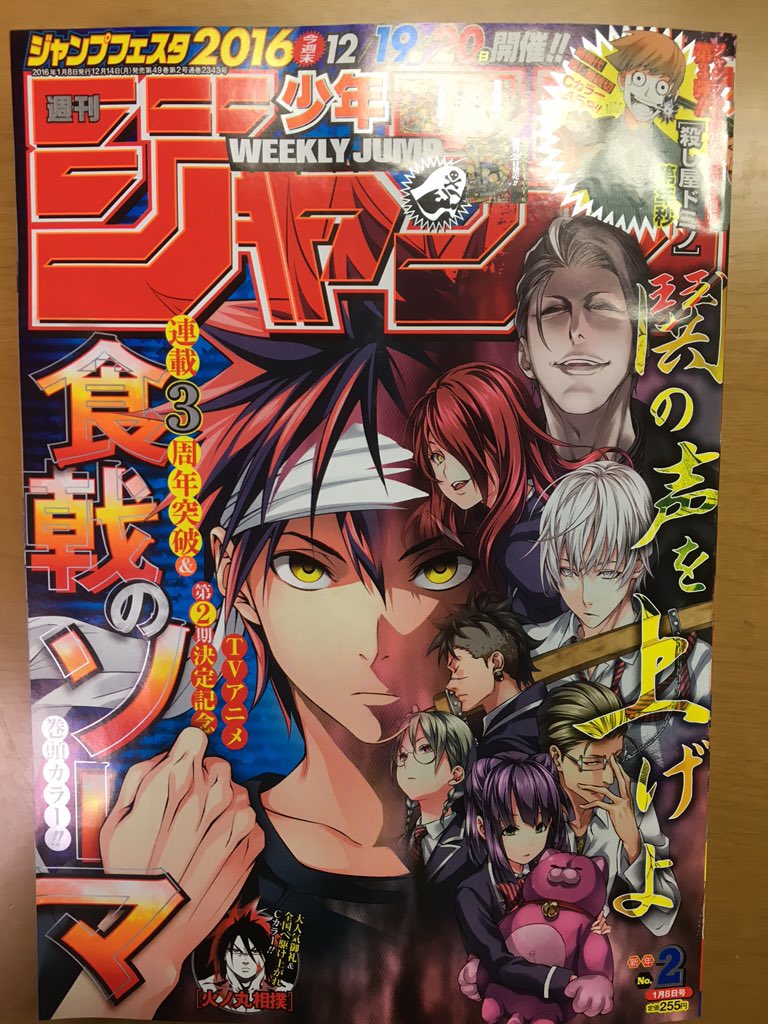 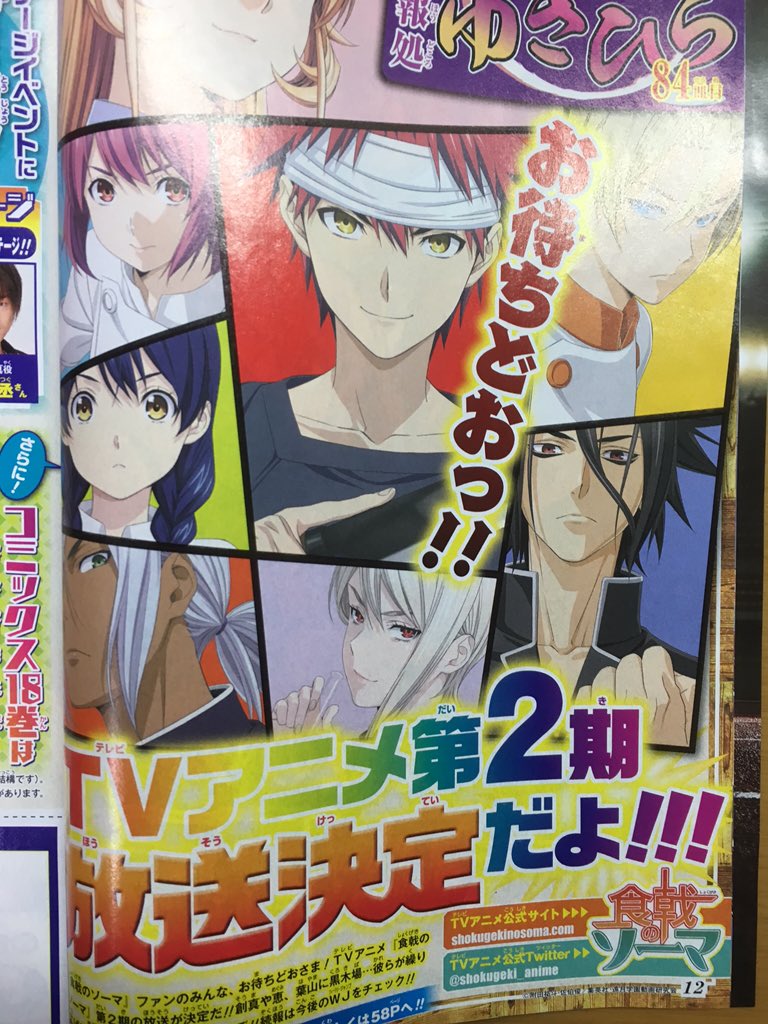 The latest issue of the magazine also marked the 3rd anniversary of Shokugeki no Souma. The newest chapter of the series includes special coloured pages to celebrate the anniversary. In addition, the issue also revealed that an OVA of the series that was shown at an event, focusing on the Aldini brothers, will be bundled with the manga’s 18th volume. Volume 18 of Shokugeki no Souma will release in Japan on May 2nd