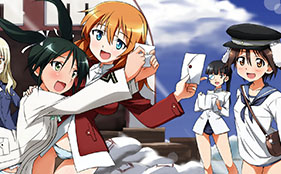 Strike Witches: Operation Victory Arrow Vol. 3 will be releasing in Japanese theatres on May 2nd.

Strike Witches: Operation Victory Arrow Vol. 3 – Arnhem no Hashi will be releasing in Japanese theatres on May 2nd.