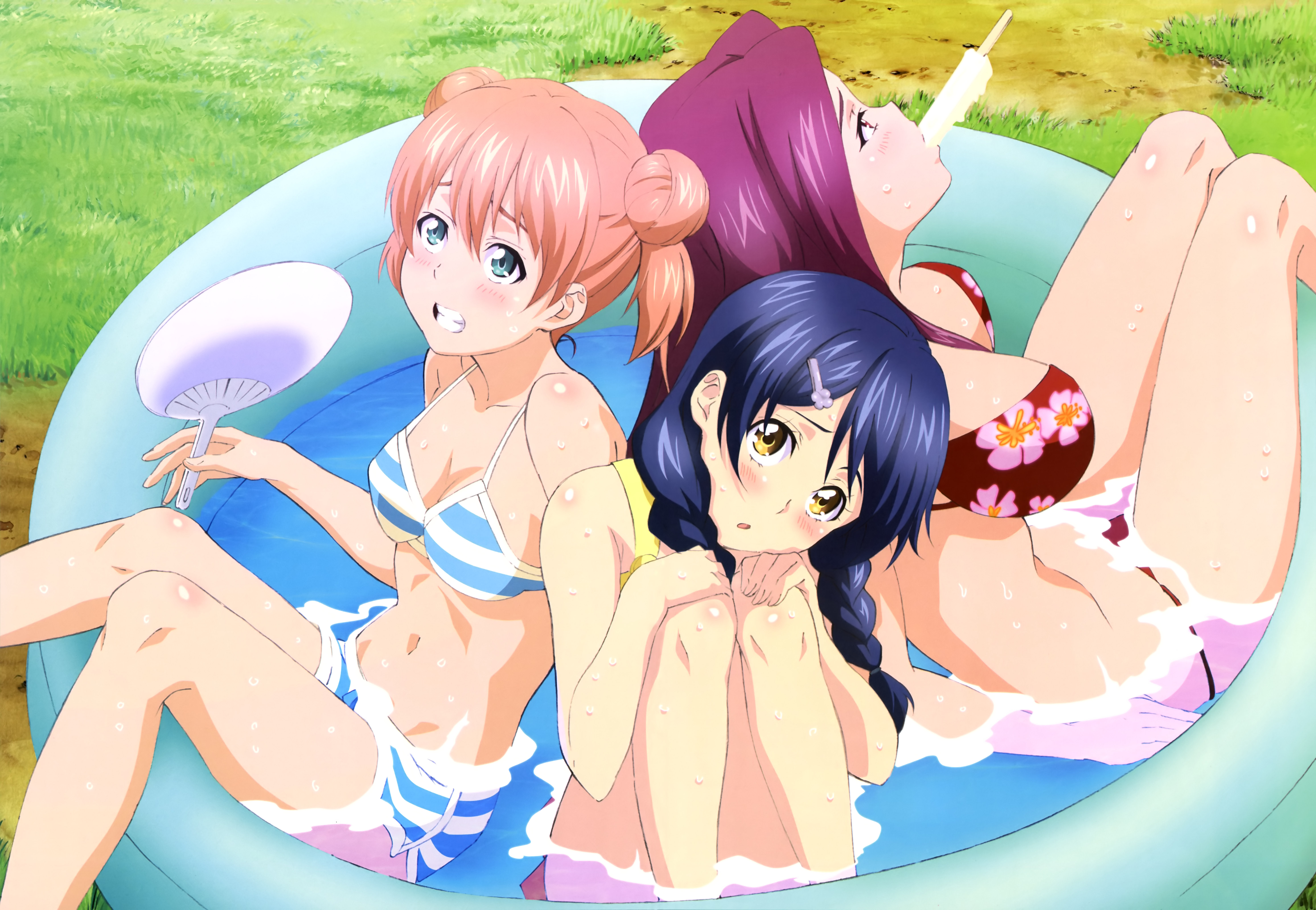 The girls were also featured in a new double page spread visual in the September issue of Animedia. You can purchase the Animedia magazine here.