The girls from the anime adaptation of Imigimuru’s Kono Bijutsubu ni wa Mondai ga Aru! has been featured as a poster in the October 2016 issue of Megami. You can purchase this issue of Megami magazine here (get 5% off with coupon codeMOE-N3Y-4YW0QK) and view the other posters that are included in this issue here. 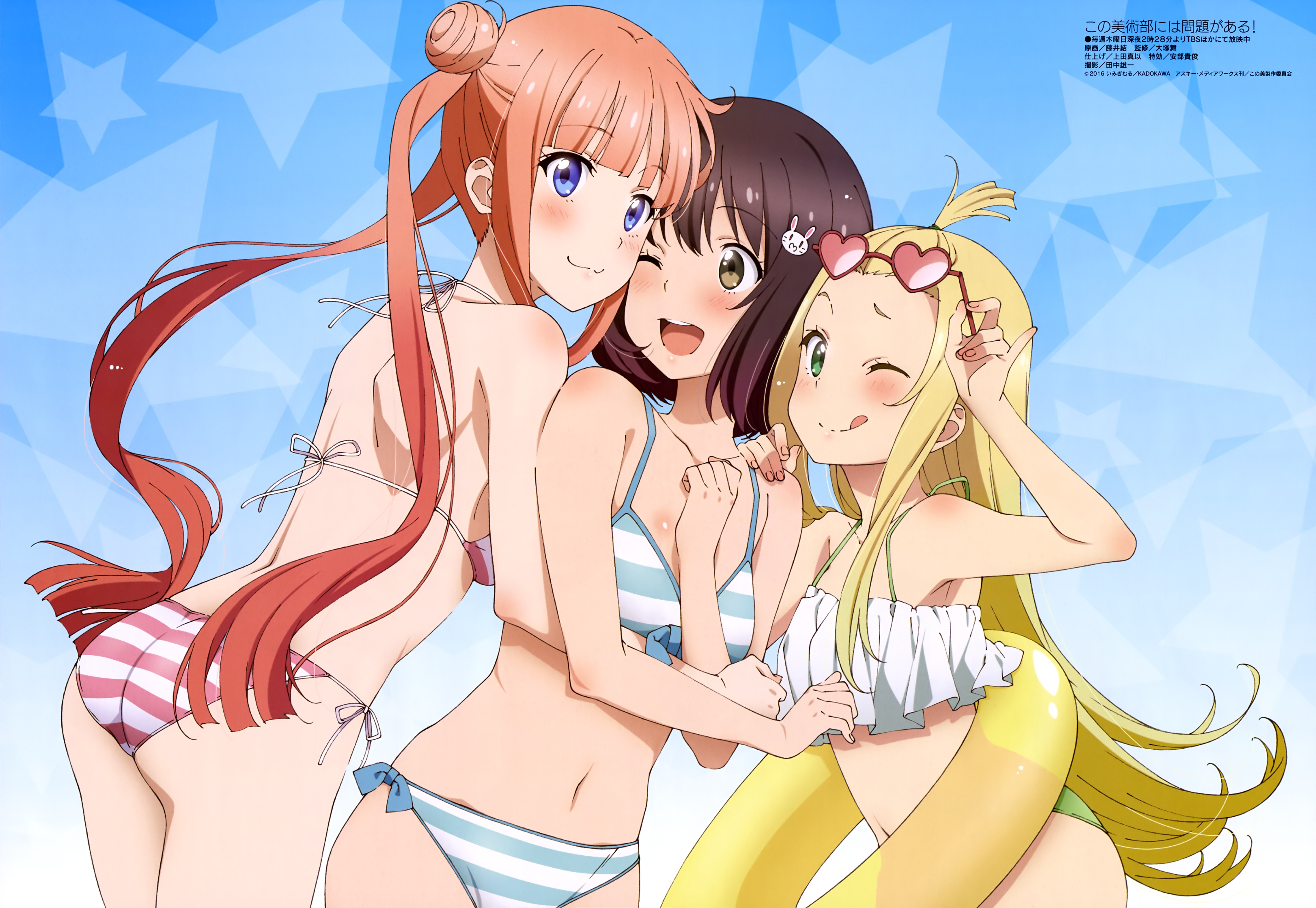 The manga focuses on an art club in a certain middle school, and its members: Subaru Uchimaki, who is a genius at drawing faces, but only wants to draw the perfect 2D wife; Colette, a rich troublemaker who never stops making mischief; and the club president, who sleeps through sessions and collects sleeping aids. Mizuki Usami is the only person in the club who wants to do art club-like activities, and constantly struggles to do so.