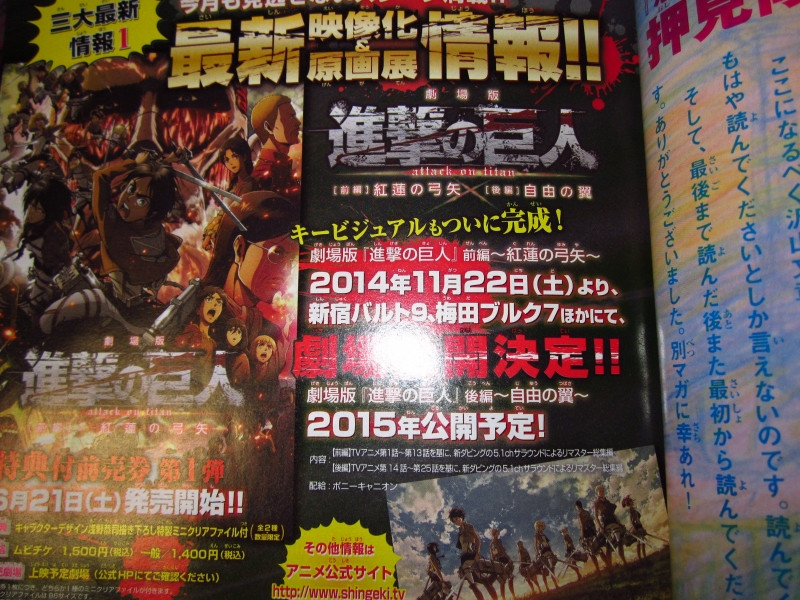 The movie is set to be shown in a limited amount of theaters around Japan on November 22nd, 2014. In 2015 the second upcoming movie of Shingeki no Kyojin titled “Shingeki no Kyojin Movie 2: Jiyuu no Tsubasa/Attack on Titan: Wings of Freedom” is scheduled to be announced sometime during 2015.

The first film, Shingeki no Kyojin Movie 1: Guren No Yumiya/Attack on Titan: Crimson Bow and Arrow, will cover episodes 1 through 13. The second film, Shingeki no Kyojin Movie 2: Jiyuu no Tsubasa/Attack on Titan: Wings of Freedom, will cover episode 14 through 25. They will once again feature director Tetsuro Araki at Wit Studio and composer Hiroyuki Sawano.

Synopsis for Shingeki no Kyojin from Haruhichan.