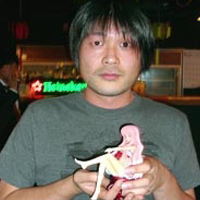 Media Factory’s MF Bunko J Editor-in-Chief Taiji Misaka announced on Wednesday that Zero no Tsukaima (The Familiar of Zero) author Noboru Yamaguchi (ヤマグチノボル) passed away on April 4th after a two-year battle with cancer. He was 41 years old.

Yamaguchi was writing game scenarios when he made his novel-writing debut in 2000 through the Kadokawa Sneaker Bunko imprint. He then published the first volume of his most famous work, the Zero no Tsukaima light novel series, through the MF Bunko J imprint in 2004. The series eventually amassed 20 main volumes, five side story volumes, and four anime seasons.

He was also well known for being the original writer of Strike Witches as well as working for FrontWing on the Jiburiru – The Devil Angel games. Below is a list of other products he worked on.

Yamaguchi had confirmed in 2011 that he had advanced-stage cancer that was originally considered inoperable. However, during an unrelated gallstone surgery, the cancerous growth was confirmed to have shrunk in size. Yamaguchi then learned that there was surgery that he could have that might cure the cancer. He reported later that year that this surgery ended without incident, although he returned to the hospital at the end of 2011.

Yamaguch had planned to end the Zero no Tsukaima light novels last year before his cancer diagnosis and subsequent operation. Media Factory published the 20th of 22 planned volumes in February of 2011. Zero no Tsukaima F, the fourth and final anime series, premiered in 2012.

Yamaguchi had just returned to work last year, and he wanted to resume his Zero no Tsukaima novels at the beginning of this year. However, he reported in November that this is unfeasible due to his most recent hospital stay for surgery, and apologized to his readers for the wait. He vowed to continue writing when his health returns “no matter what,” and thanked everyone for the words of encouragement — in Japanese and in English.