Nisekoi from studio Shaft, was one of this year’s standout shows. While the anime was visually stunning on TV, it would be interesting to see what changes they make in the forthcoming Blu-ray releases. Generally, the Blu-rays are better, since the studios have time to reproduce scenes of the anime that may have been rushed to make their schedules and deadlines, like with Non Non Biyori. Sometimes they are to uncensor the anime, like with Pupa and Saikin, Imouto no Yousu ga Chotto Okashiinda ga. But as with the Wake Up Girls! release, the quality of the Nisekoi Blu-ray isn’t much better than the TV release.

So what’s wrong with the Blu-ray releases of Nisekoi? Shaft has decided to alter the backgrounds of many scenes into more generic colours and sparkles. While it is “better” for comedic situations it removes some of the great art that the studio is known for.

So lets take a look at how the Blu-ray of Nisekoi fairs up with the original TV version. 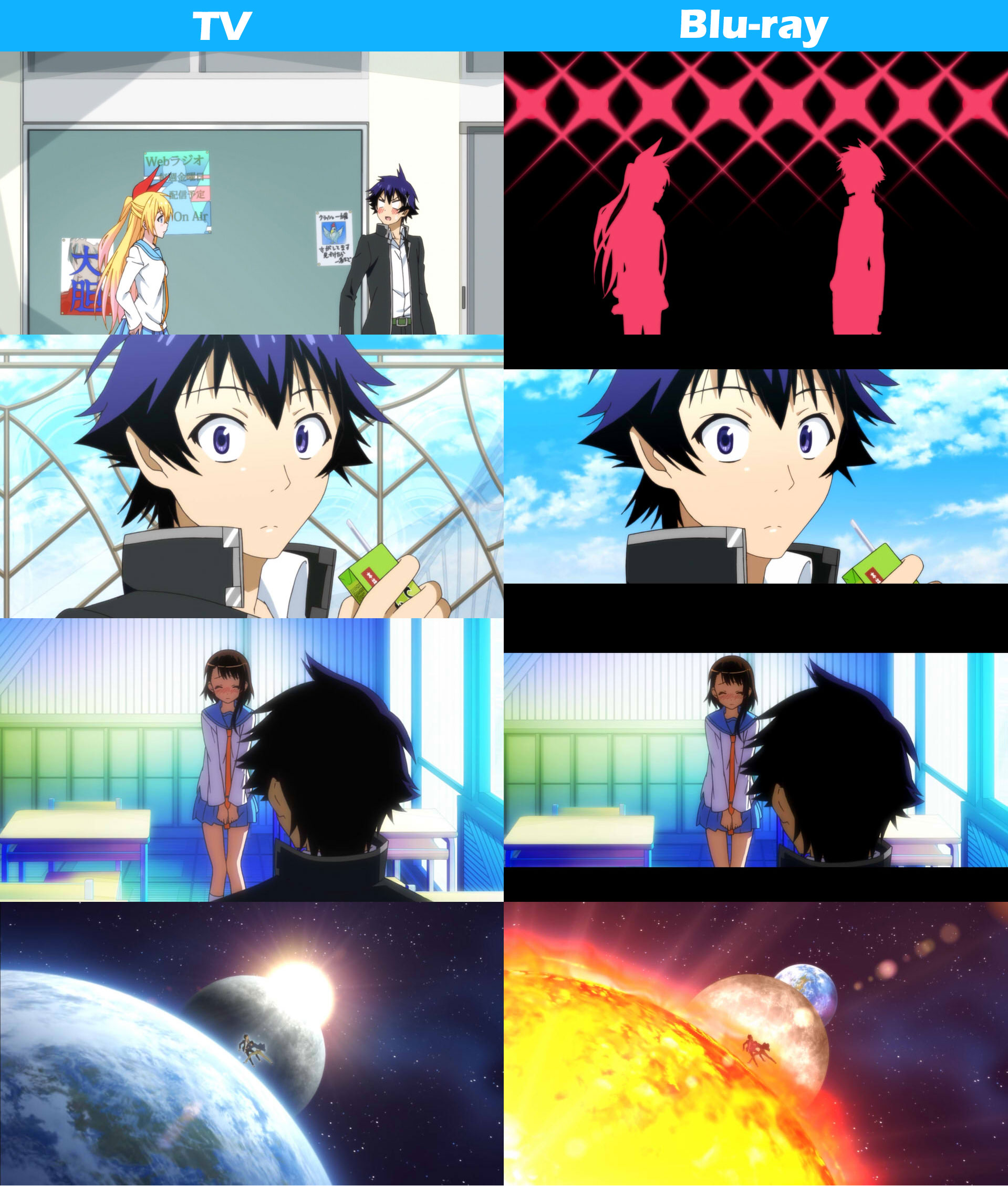 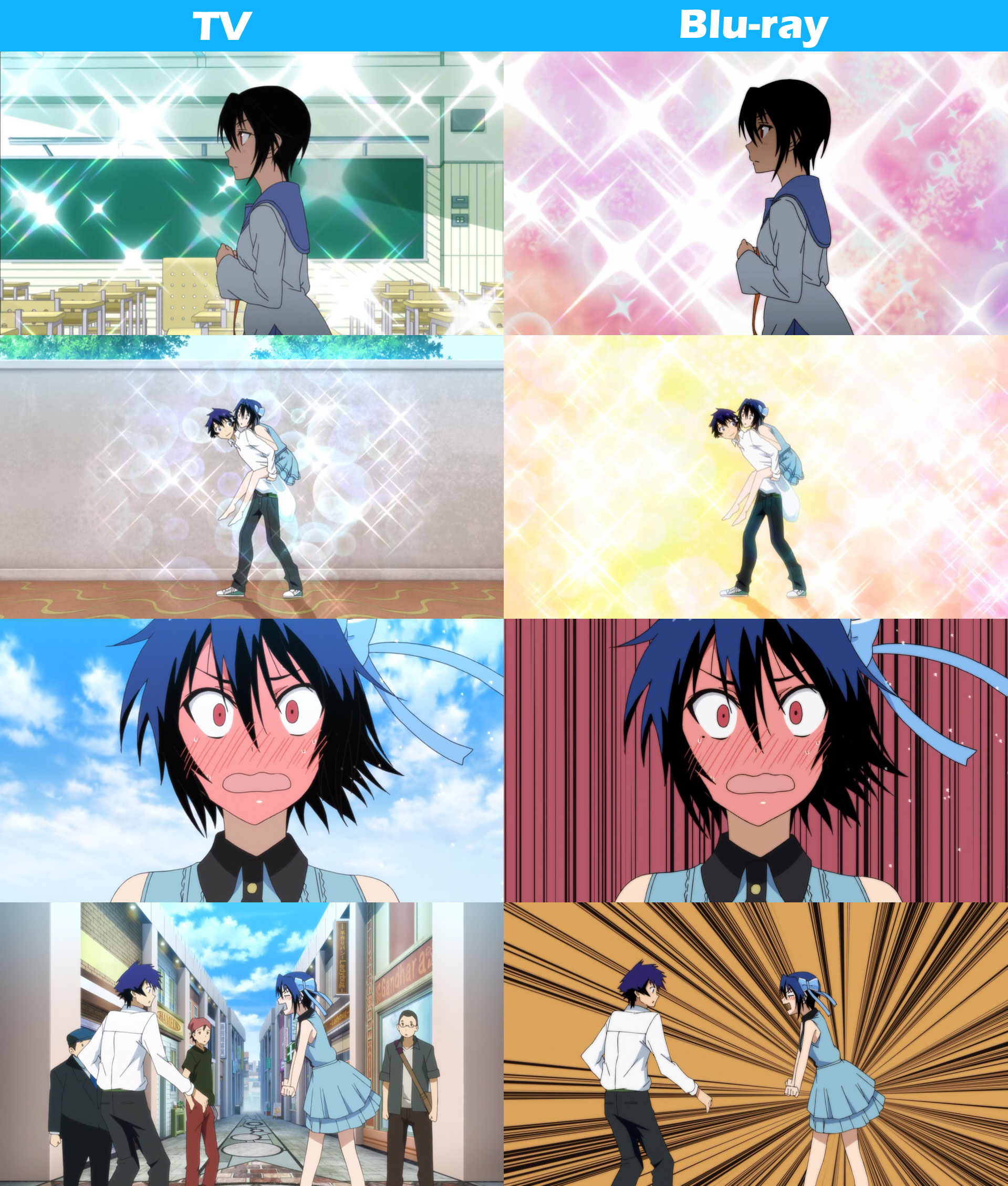 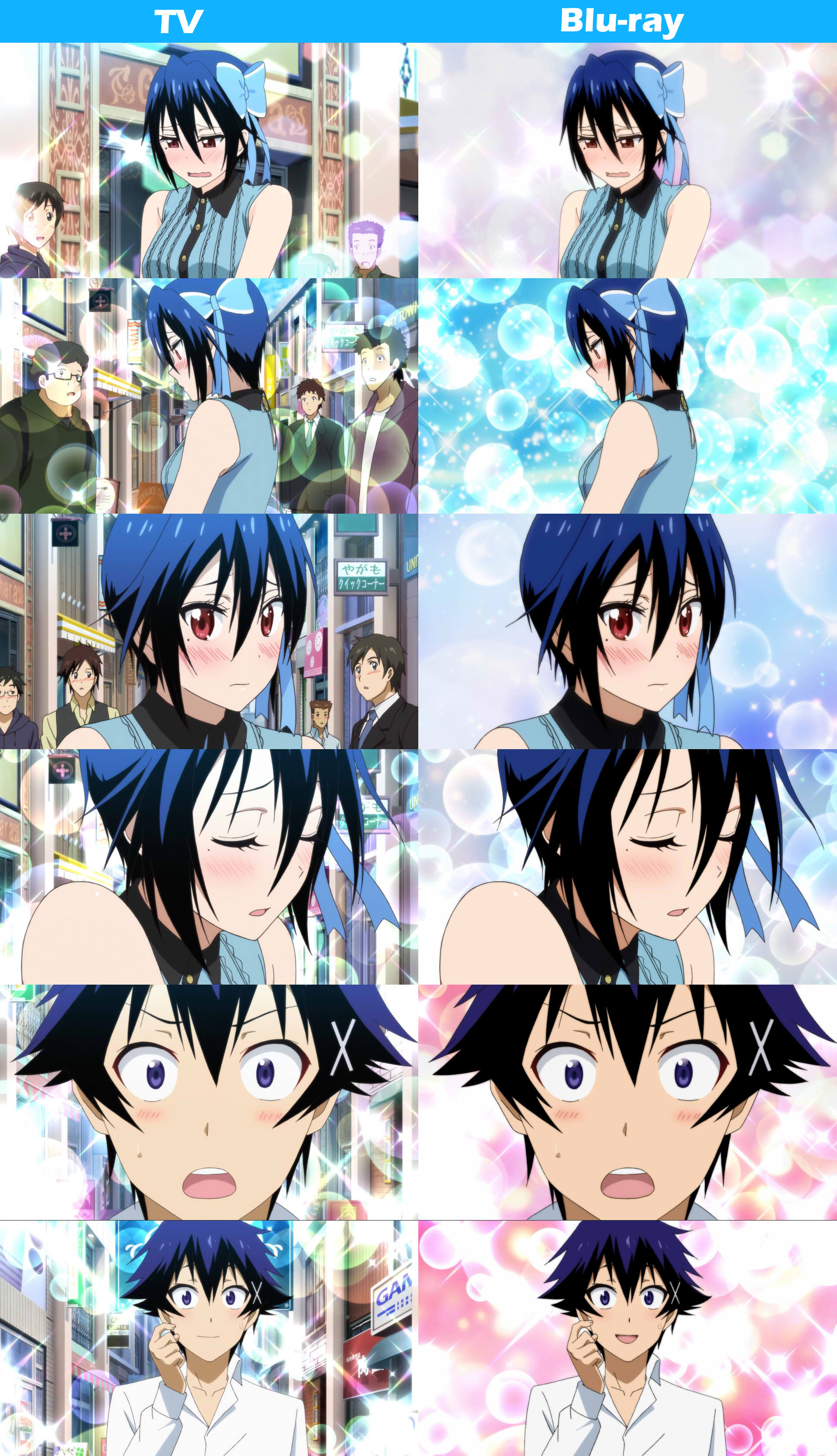 And have a gif comparison as well.

Nisekoi is a manga series that originally started off as a one shot from Naoshi Komi that released in January 2011. Komi then released the manga as a full series later on in the year, when it appeared in Shueisha’s Weekly Shonen Jump. Since 2011, 12 volumes have been released for the romantic comedy. Additionally a voiced comic has also been published and a light novel series. Viz Manga has also picked up the series late 2013 for English localisation, announcing that the chapters would be translated and released in Viz’s Weekly Shonen Jump Alpha. A anime adaptation of the manga aired from January this year, and ended in May. The anime is produced by studio Shaft (Bakemonogatari, Mahou Shoujo Madoka☆Magica).

Here is a plot synopsis of Nisekoi from MAL: 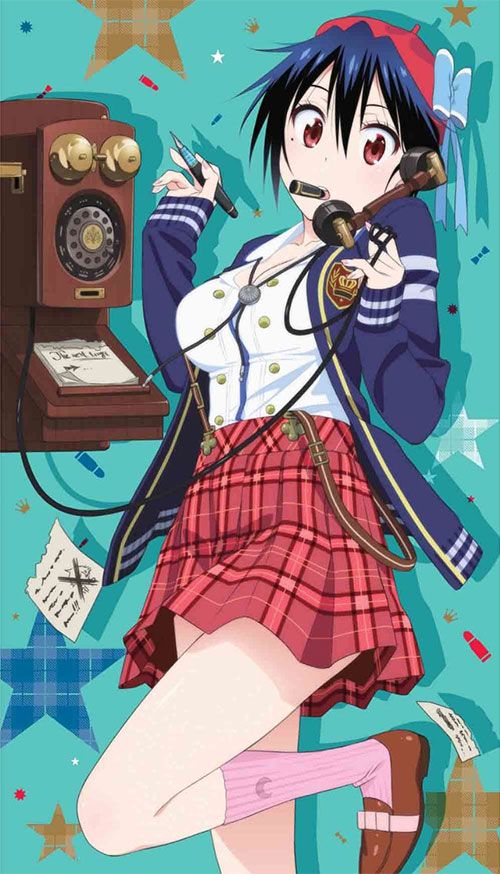