The first promotional video for upcoming second season of the popular anime Hamatora The Animation titled “Re: Hamatora” has been released. The new promotional video gives us a glimpse of the anime’s continuation from the first season as well as the opening theme song titled Sen no Tsubasa performed by livetune adding Takuro Sugawara. The ending theme song of the anime will be titled  Brand New World by ayami.

Re: Hamatora will air from July 8, during the Summer 2014 anime season. 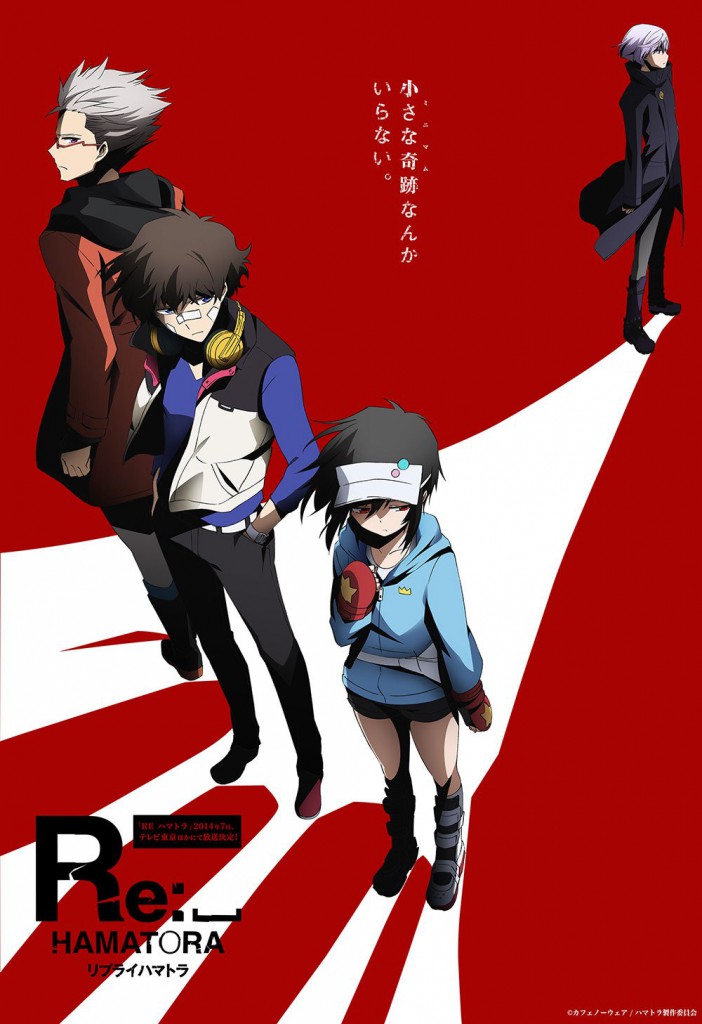 The story revolves around “Minimum” or “minor miracle”—special hereditary powers discovered only in an extremely limited number of humans. Those who possess such powers are known as “Minimum Holders.”

The final episode of Hamatora ended with a “To Be Continued.” The official Hamatora Twitter account confirmed that the Project will continue.