Chino from the the anime adaptation of Koi’s 4koma manga series Gochuumon wa Usagi Desu ka? (Is the order a rabbit?) has been featured as a poster in Megami‘s January 2017 issue. You can purchase this issue here (get 5% off with coupon code MOE-N3Y-4YW0QK) and view the other posters that are included in this issue here. 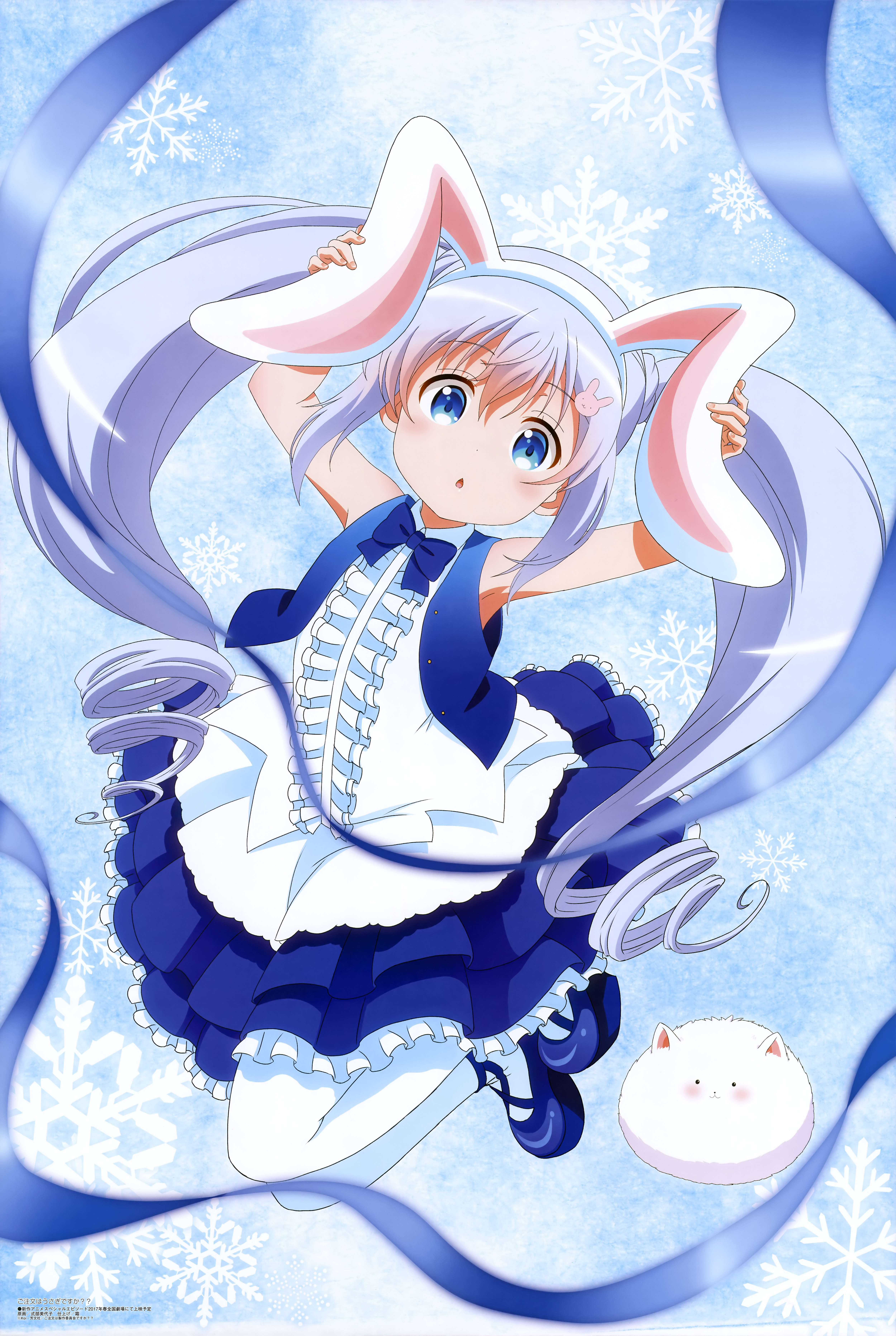 Gochuumon wa Usagi Desu ka?, is a Japanese 4-panel comedy manga series by Koi, serialized in Hobunsha’s seinen manga magazine Manga Time Kirara Max since March 2011. It has been collected in five tankobon volumes as of September 2016. An anime television series adaptation by White Fox aired in Japan between April and June 2014. A second season, co-produced by White Fox and Kinema Citrus, aired in Japan between October and December 2015.