The preview cover image for the 2015 edition of Takarajimasha’s Kono Light Novel ga Sugoi! (This Light Novel is Amazing!) guidebook has revealed that Oregairu has topped the series ranking for a second year in a row. The book will be released on November 21 with full ranking lists.

A second season for Oregairu was announced earlier this year, more info here. 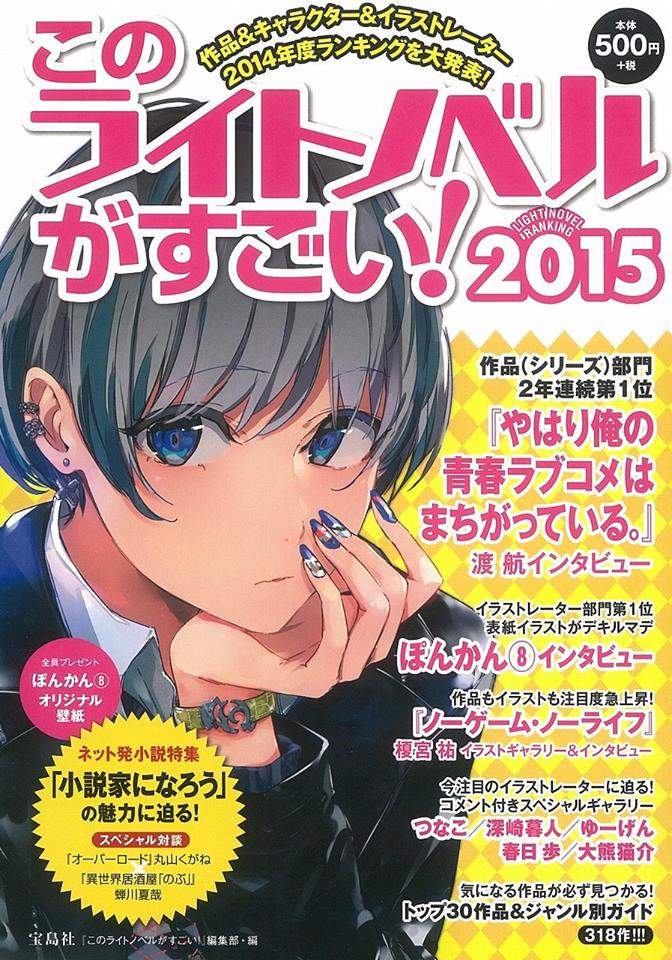 Takarajimasha’s Kono Light Novel ga Sugoi! (This Light Novel is Amazing!) is a guide book that publishes a list of the top ten most popular light novels and their characters according to readers polled on the Internet. An introduction to each of the works comes with each listing, along with an interview of the light novel’s author or authors for first place. Many of the light novels that have been listed in this guide book were later adapted into anime series. Most of the light novels listed contain a series of volumes, but some single-volume light novels also get listed. The first release of the guide book was on November 26, 2004 and is the 2005 listing. The latest release is the ninth volume on November 20, 2013 and is the 2014 listing. Baka to Test to Shoukanjuu and Toaru Majutsu no Index have appeared in the top ten in six out of ten issues of Kono Light Novel ga Sugoi!, while the Haruhi Suzumiya series and the Book Girl series have appeared in five.