Yui Funami and Kyouko Toshinou from Namori’s popular slice of life Yuru Yuri series have been featured as a poster visual in the November 2015 issue of the Japanese anime magazine Megami. You can purchase this issue of Megami magazine here and view the other posters that came in this issue here. 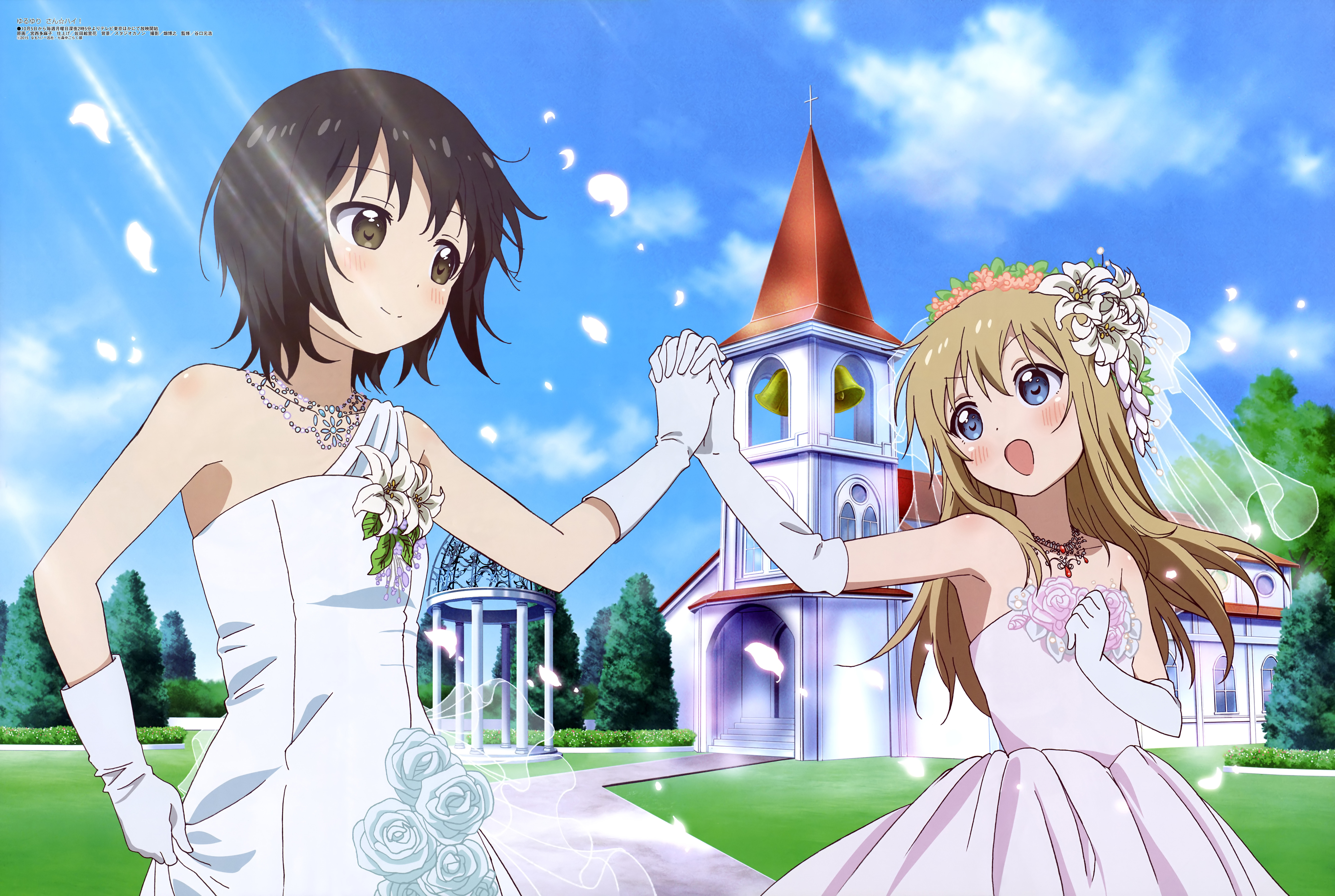 The third season of the Yuru Yuri anime, Yuru Yuri San☆Hai!, began airing on October 6 at 2:05am JST on TV Tokyo, during the Fall/Autumn 2015 anime season. Here’s a visual for the third season: