Last week’s 2016 3/4 double issue of Shonen Jump was the final issue to hit Japanese shops this year. It follows the November 30th release of the 2015 issue 53. Between the two, as of today, if you go by calendar date or cover date, there was no chapter of manga of Hunter x Hunter published in 2015. 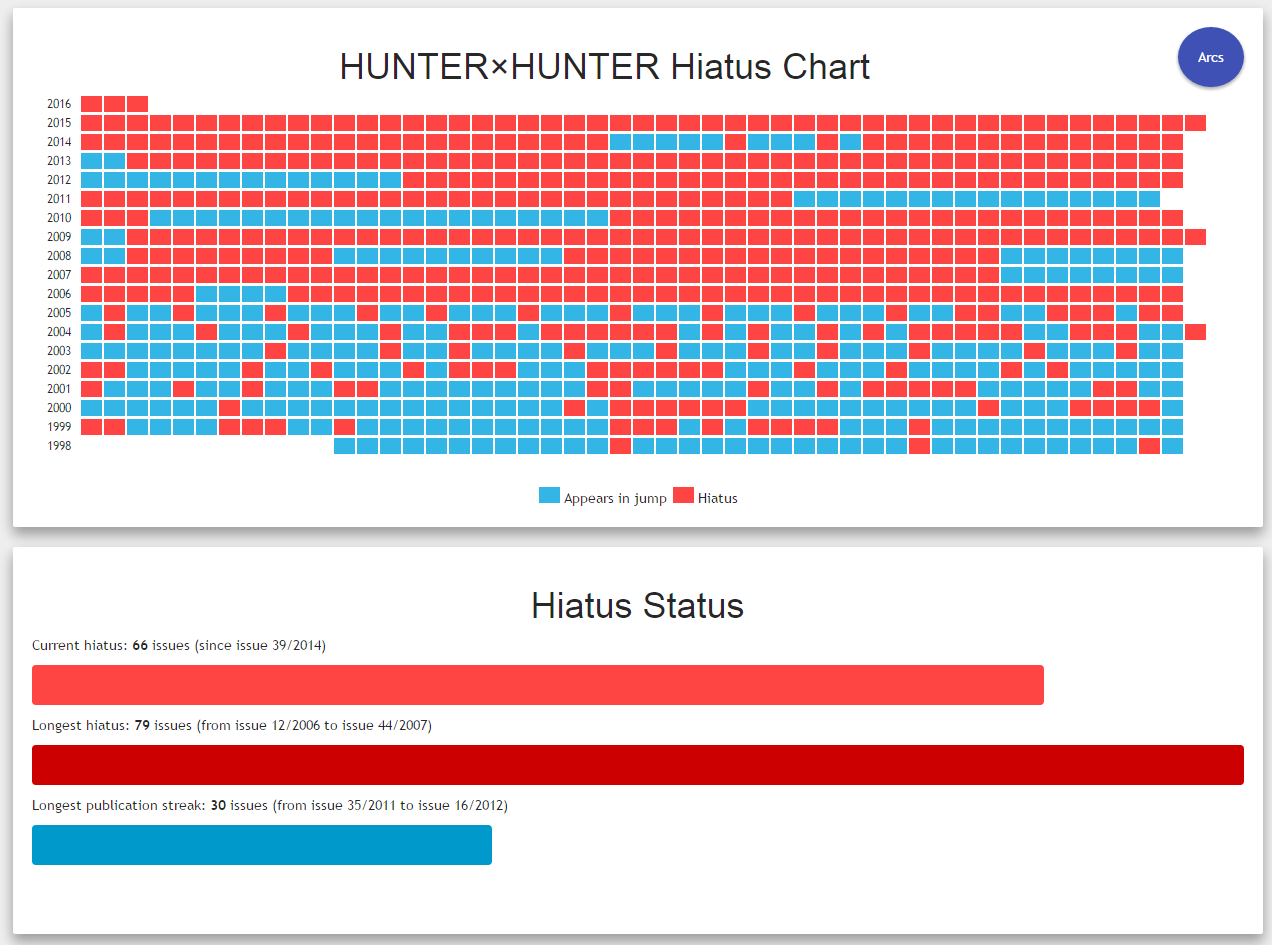 Back in August a fan recently went to the summer festival in Togashi’s home town of Shinjo, Yamagata, and spotted a new festival float illustration by the popular manga creator.

In addition to this, with the manga being on hiatus for so long, Book-Off and other Japanese bookstores have labelled the Hunter x Hunter manga as “finished” and are selling the 32 volumes as a complete set for 7,000-7,500 yen ($59-$63).