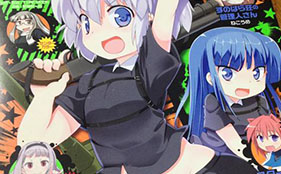 It was announced at the Wonder Festival yesterday that 4-koma manga Miritari! (Military!) will receive an anime adaptation. More information will be announced at a later time.