North American electronic music producer and DJ Porter Robinson has announced on his Twitter that he is collaborating with Japanese animation studio A-1 Pictures (AnoHana, Sword Art Online) for an anime project titled Shelter the Animation. 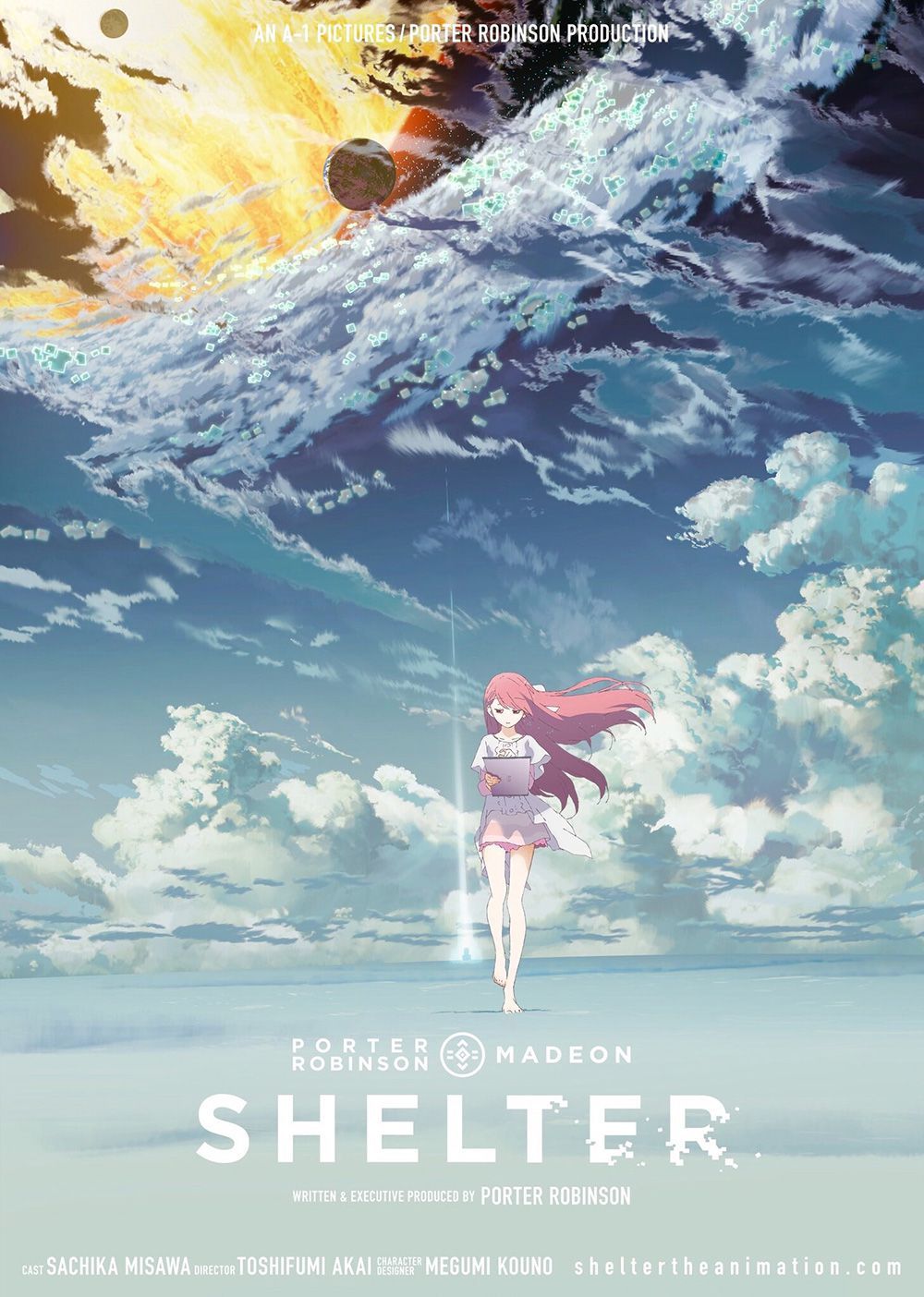 Robinson’s brother, Nick Robinson, mentions on Twitter that Porter is a fan of A-1 Pictures and its anime and has spent the year on the project. He also mentions that the anime will be out on October 18th.

The first poster for the anime accompanies the announcement revealing the first cast member:

Porter will also be working with French music producer Madeon in the project.

You can visit the project’s website here (not yet live): http://sheltertheanimation.com/