To promote the second cour of Akame ga Kill! anime, a tie-in exhibit was supposed to run at the Gamers Akihabara headquarters from October 11-26, but, by popular demand, the Memorial Museum’s engagement was extended through to the 9th of November. The exhibit had live sized standees, replica costumes, tributes by other Gangan Joker series, and an opening appearance by Esdeath’s voice actress Satoma Akesaka.

Here are the results of the character popularity poll: 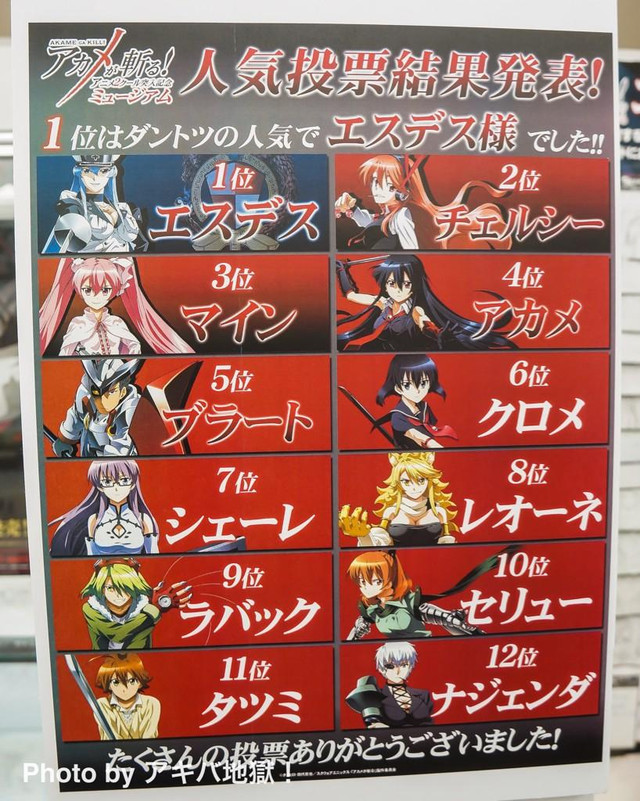 Some of the early voting pictures as well as the results:

Pictures from the exhibit by Honya Akiba: