The special episode appears to be a beach episode with all the girls ready in bikinis / swimwear and a little bit of clothes-ripping yuri action going on. 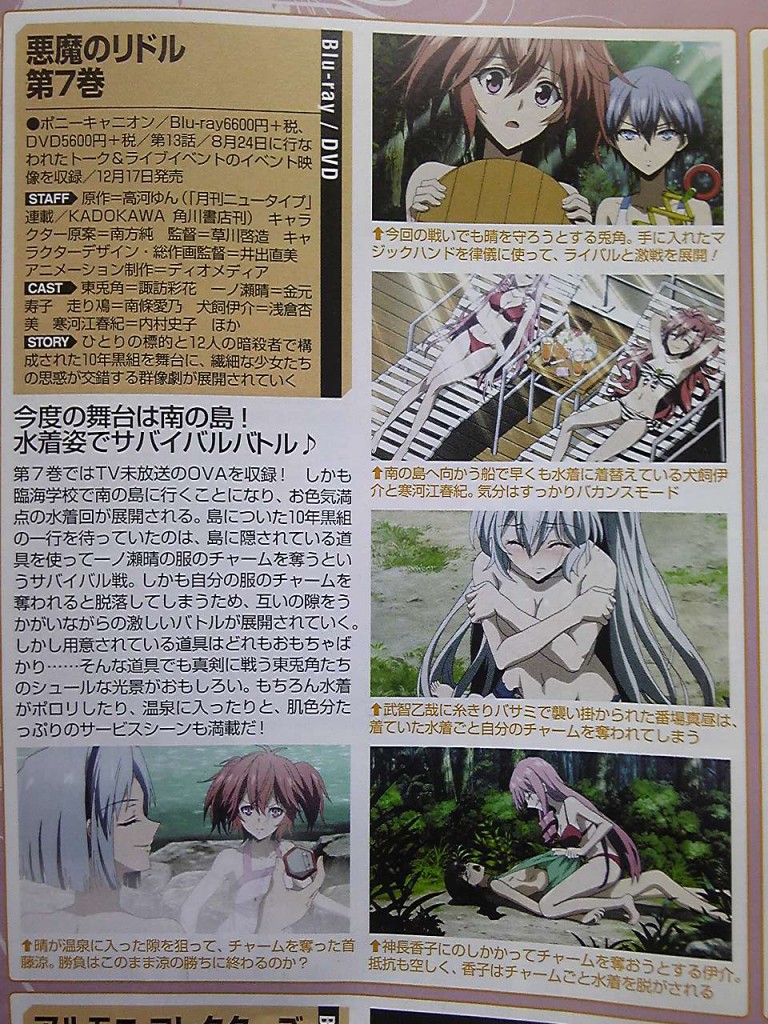 Akuma no Riddle is a Japanese manga series written by Yun Kouga and illustrated by Sunao Minakata. It started serialization in Kadokawa Shoten’s Newtype magazine with the September 2012 issue. An anime adaptation directed by Keizou Kusakawa and animated by Diomedea aired in Japan between April and June 2014. The Japanese title is a pun on Devil’s Trill by Giuseppe Tartini.

Akuma no Riddle synopsis from Haruhichan: