A new key visual for the Aldnoah.Zero anime has been revealed in the latest issue of the Japanese anime magazine Animedia. The new visual features Asseylum Vers Allusia, Lemrina Vers Envers and Slaine Troyard who appear to be having a blast at a festival of some sort. You can purchase the Animedia magazine here. 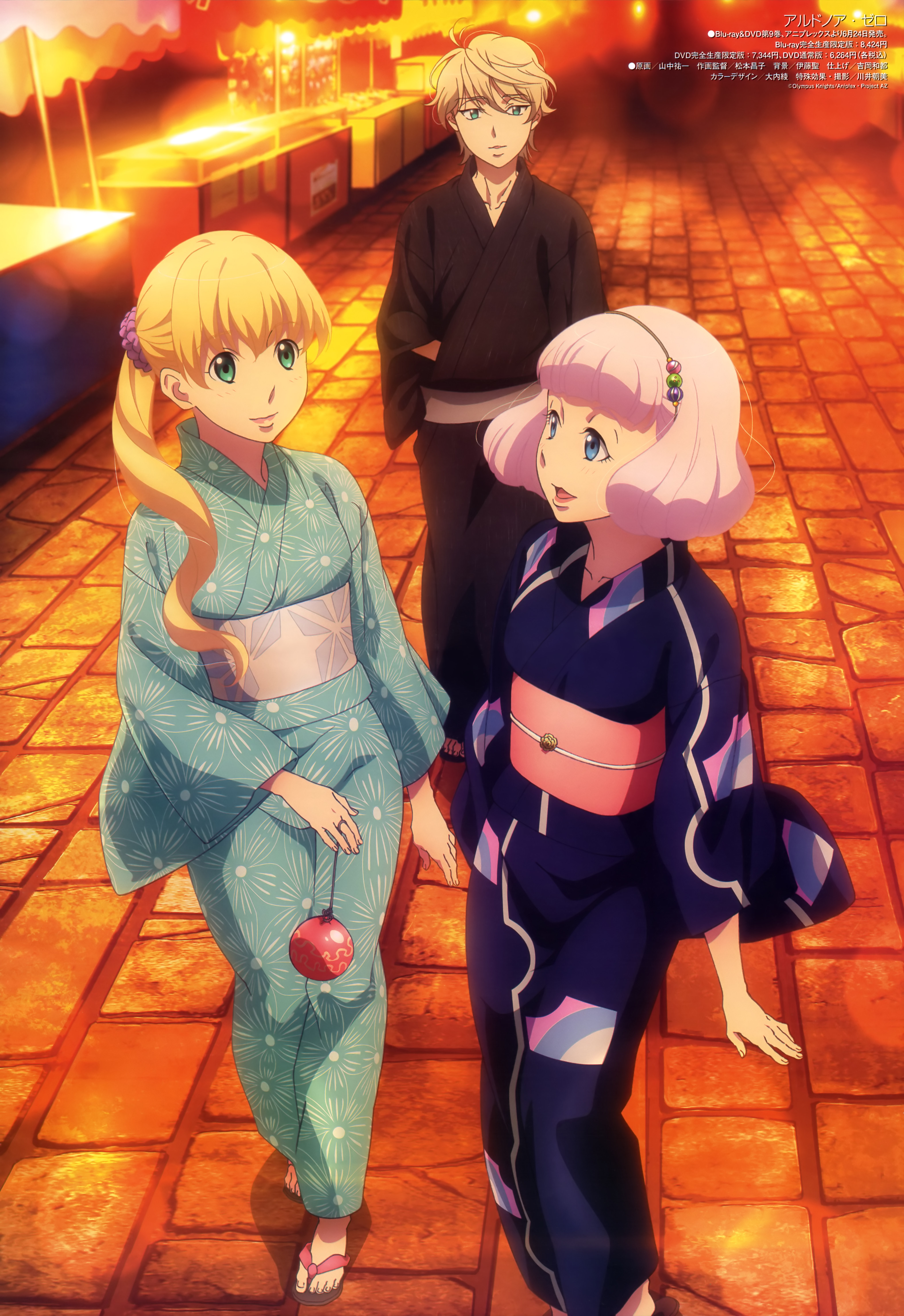