Home Anime The Nisekoi Girls Relax at the Hot Springs

A new anime visual of Naoshi Komi’s manga Nisekoi has been featured in the July issue of Japanese anime magazine Animedia. The new visual features Chitoge Kirisaki, Kosaki Onodera and Marika Tachibana at the hot springs. You can purchase the Animedia magazine here. 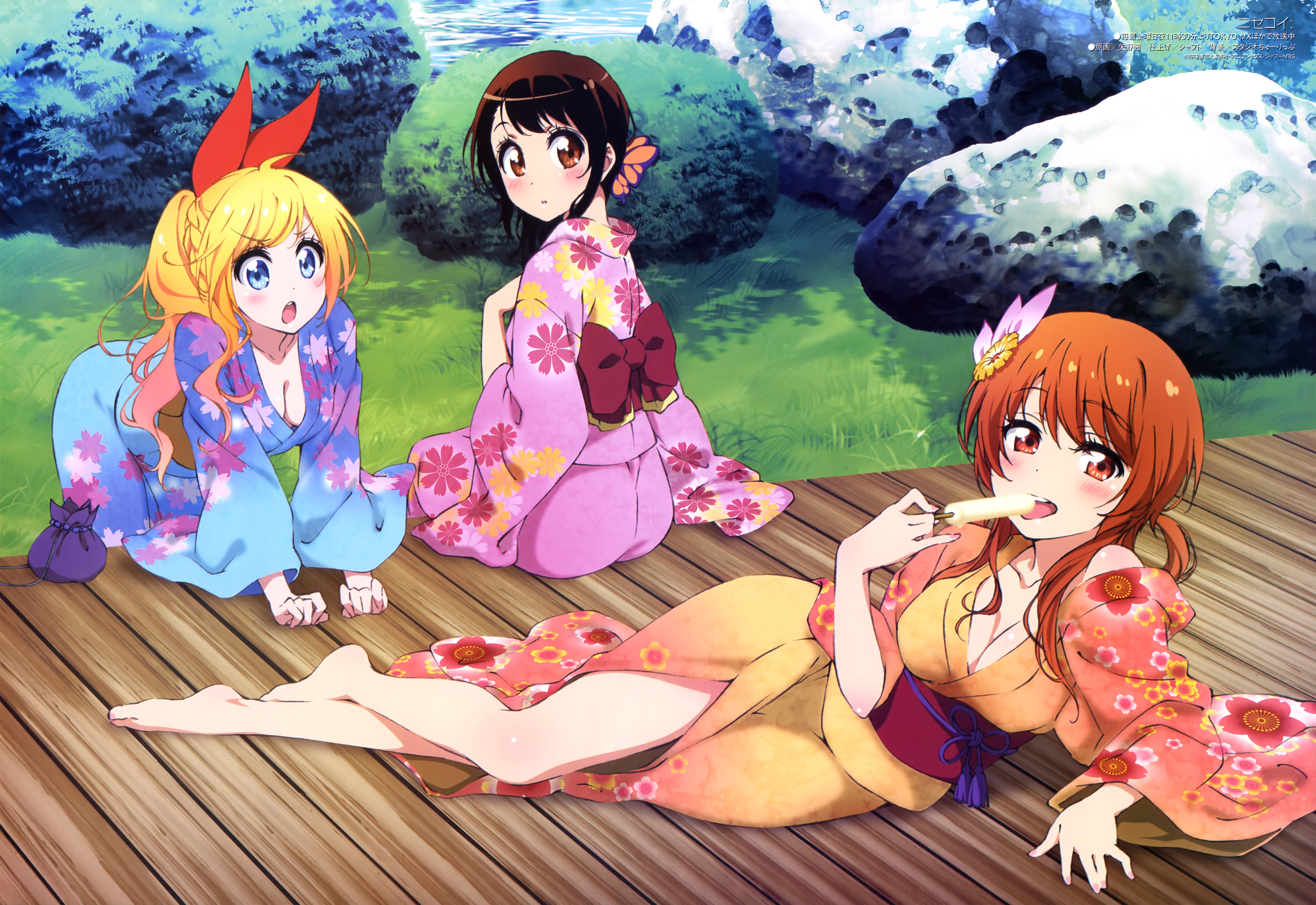 In the June issue of NewType which can be purchased here a new visual featuring Marika Tachibana, Chitoge Kirisaki and Haru Onodera was previewed. 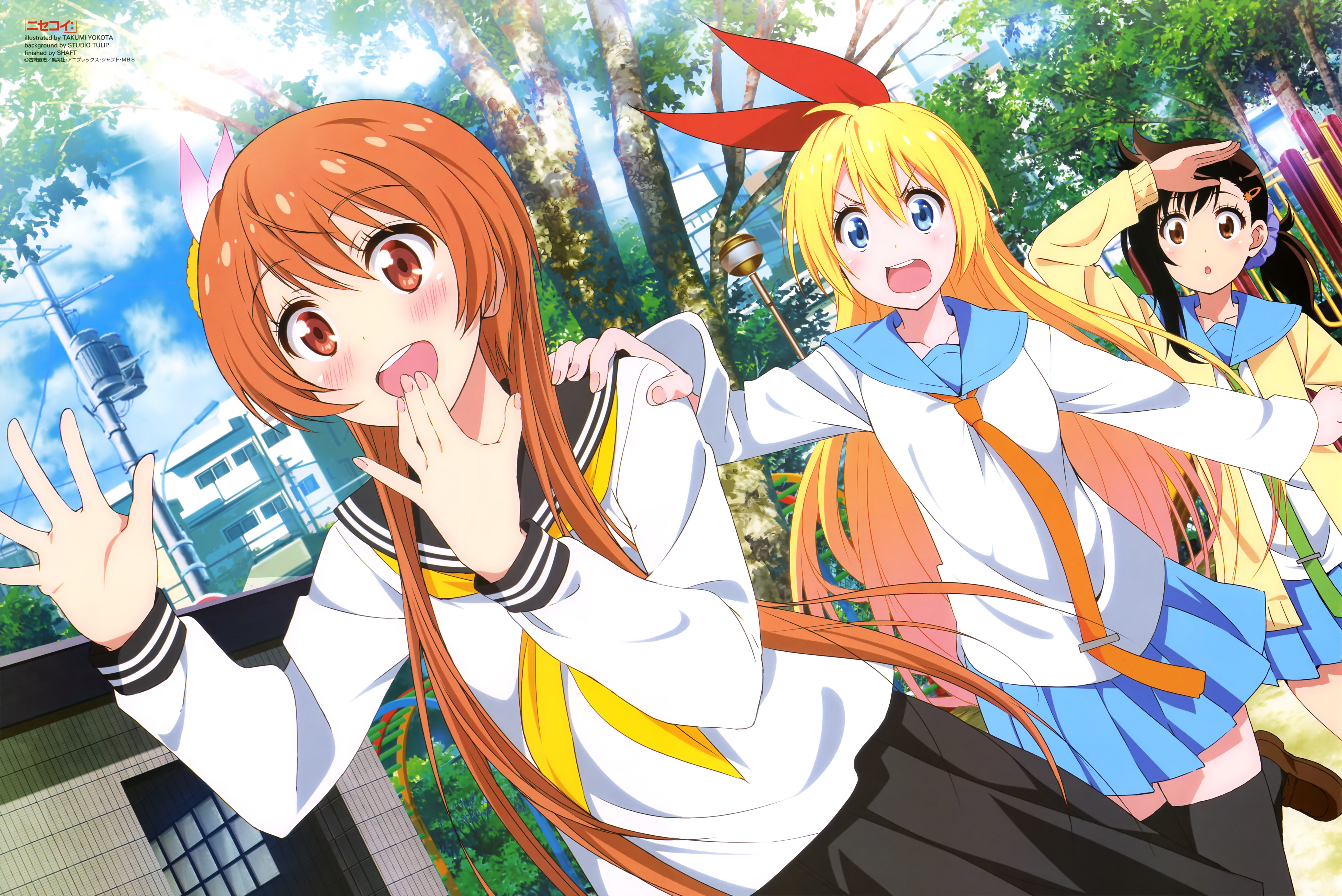