It has been revealed in Shueisha’s Weekly Shonen Jump that Akira Amano’s ēlDLIVE manga will be receiving a TV anime adaptation. The magazine opened a new website to reveal the announcement. 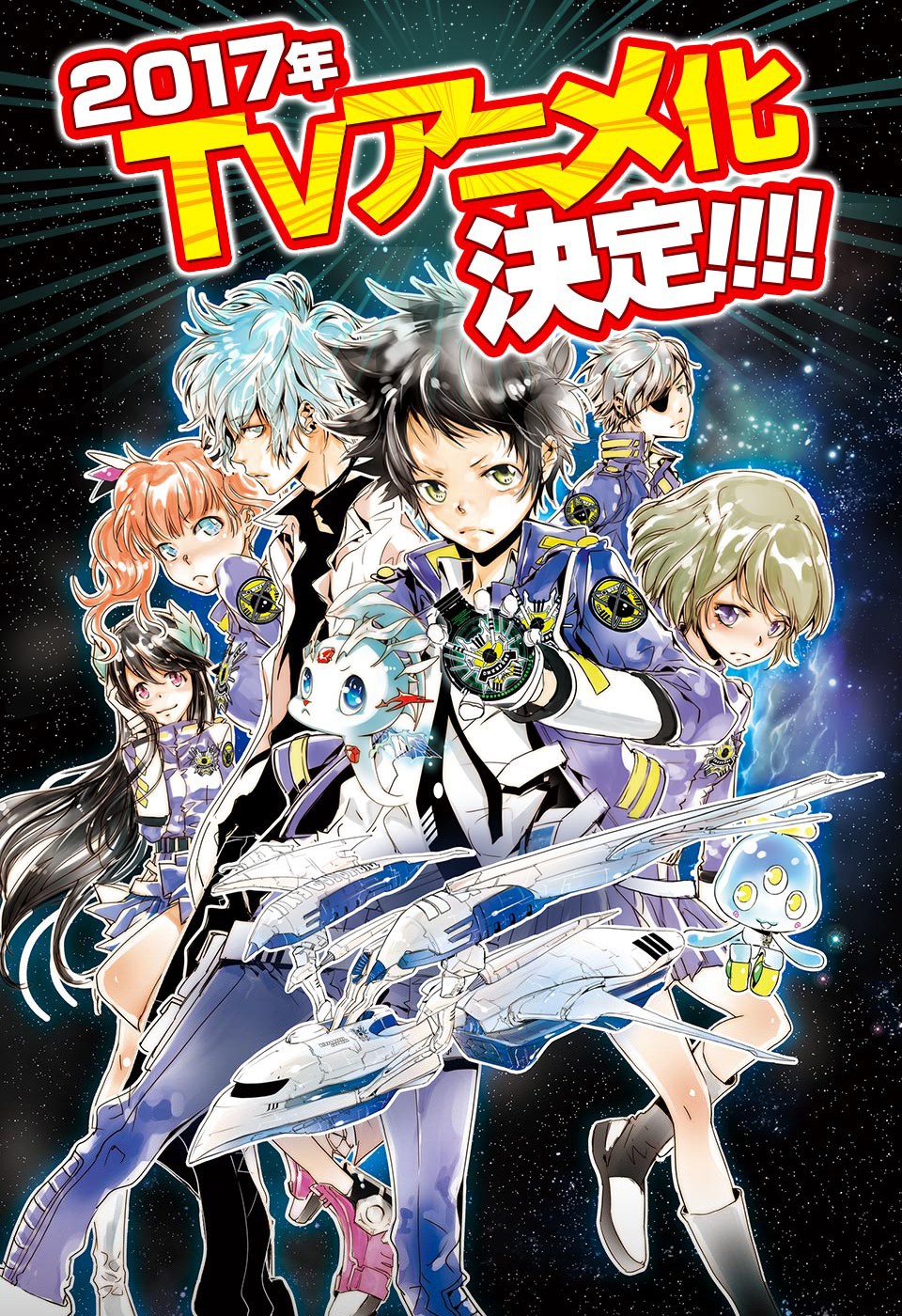 The TV anime adaptation of ēlDLIVE will be airing in 2017. The series will be animated by Studio Pierrot (Bleach, Naruto).

ēlDLIVE is an action Sci-Fi manga written and illustrated by Akira Amano. The series began in mid 2013 and is being published under Shueisha’s smartphone application Shonen Jump+ (formerly Jump Live). Amano is known for her 2004-2012 Katekyou Hitman Reborn!manga, which was also adapted into an anime in 2006.

Chuuta Kokonose is an orphan who lives with his aunt. For as long as he can remember he’s had a voice in his head, but other than that he’s a normal boy—right until the day when a strangely-looking thing follows him home and teleports him to a place filled with more fantastic creatures. It’s a space police station, and Rein Brickke, the Chief of Solar System Department, tells him that he’s been chosen by the computer as a possible candidate to join the police force, although Misuzu Sonokata, a girl from Chuuta’s school with an angelic face and ill temper who turns out to be one of Rein Brickke’s subordinates, doesn’t think him suitable for such a job. Chuuta, who was shocked at first, decides to take aptitude test after being urged by the voice in his head and to prove Misuzu wrong.

A TV anime adaptation of ēlDLIVE will be airing in 2017 from Studio Pierrot. Further information about the series will be revealed at a later date.