My apologizes for no article last week. I was sick and watched too much Durarara. Anyways, we have Anime Trending‘s results updated weekly here on Haruhichan. 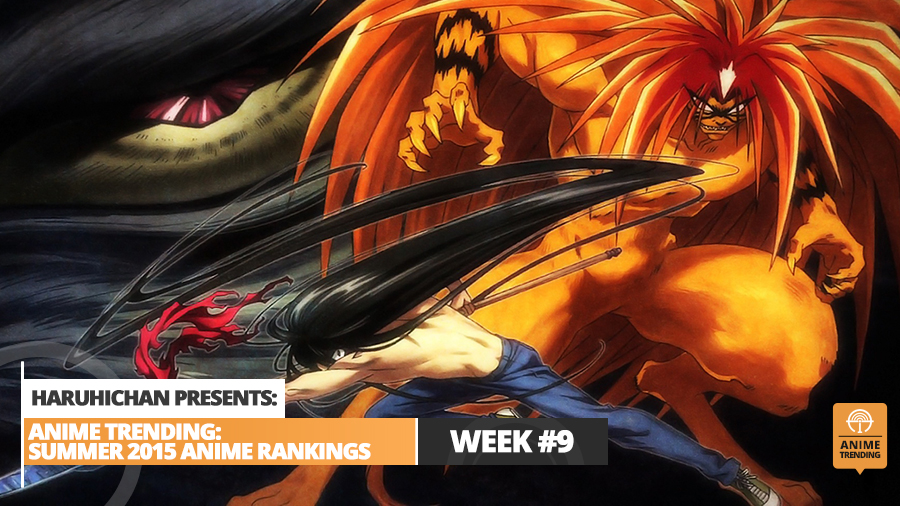 Surprisingly, Rokka no Yuusha made it to #1 this week but I think it was justified with Adlet kicking Nashetania’s face. Classroom Crisis made a significant boost by crawling into the Top 5. However, Charlotte dropped three ranks with a rather slow episode but the atmosphere got really dark and bloody. Lastly, Gangsta. is beginning to slip in the Top 10 while Ushio to Tora begins to get some deserved attention by taking #8 this week.