It has been revealed in the most recent issue of Shueisha’s Jump SQ. magazine that the 2017 TV anime adaptation of Kazue Katou’s Ao no Exorcist (Blue Exorcist) manga will air in January 2017, during the Winter 2016/2017 anime season. In addition, a new visual and the character designs were previewed. 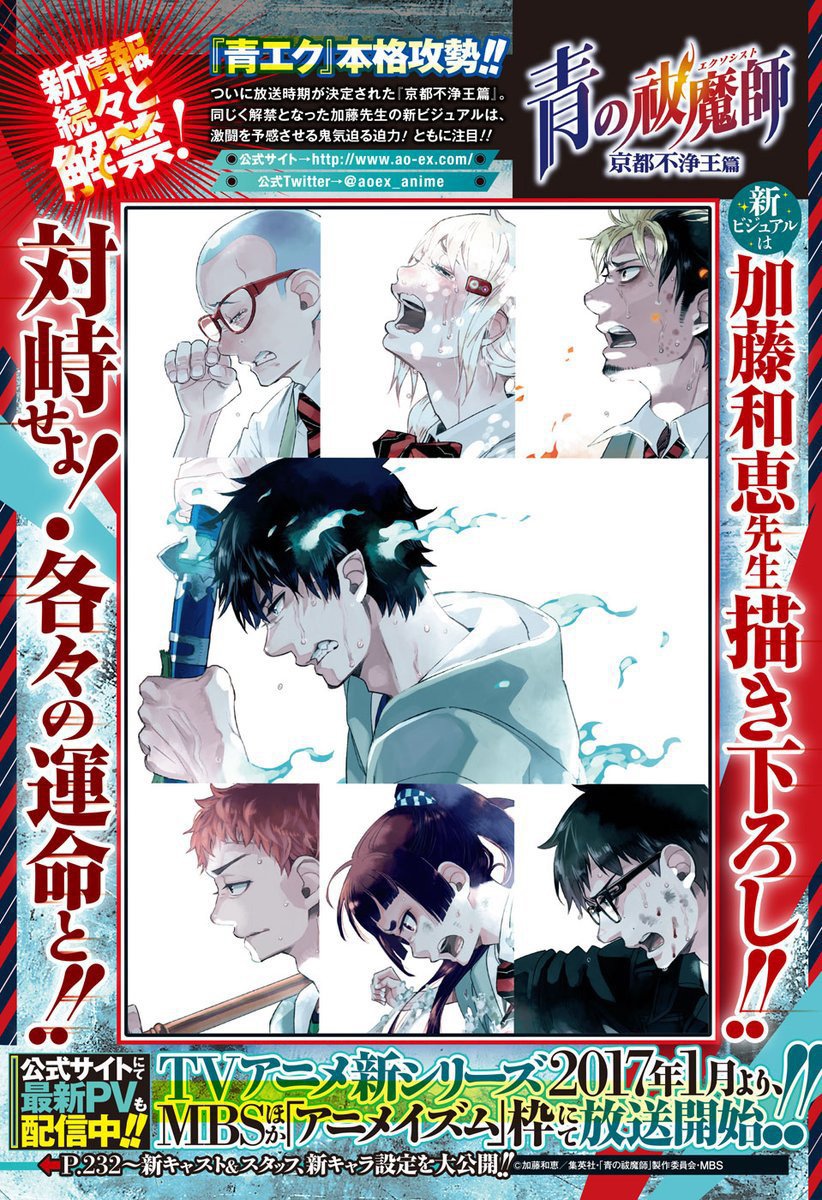 The anime will be titled Ao no Exorcist: Kyoto Fujouou-hen (Blue Exorcist: Kyoto Impure King Arc) and will feature the titular arc from the manga. It will be set after the events of the first anime season and the 2012 anime film.

The anime’s website has released a preview of the upcoming series’ character designs:

Here is the first promotional video for the upcoming season:

Ao no Exorcist is a supernatural action manga written and illustrated by Kazue Katou. The manga began in 2009 under Shueisha’s Jump SQ Magazine where a total of 16 volumes have been published to date. The series received a TV anime adaptation in 2011 from A-1 Pictures (Sword Art Online, Fairy Tail) and Tensai Okamura (Darker than Black, Nanatsu no Taizai). The series was followed by an anime film in late 2012, directed by Atsushi Takahashi (Rideback). A manga spin-off and a live-stage adaptation were also produced.

Humans and demons are two sides of the same coin, as are Assiah and Gehenna, their respective worlds. The only way to travel between the realms is by the means of possession, like in ghost stories. However, Satan, the ruler of Gehenna, cannot find a suitable host to possess and therefore, remains imprisoned in his world. In a desperate attempt to conquer Assiah, he sends his son instead, intending for him to eventually grow into a vessel capable of possession by the demon king.

Ao no Exorcist follows Rin Okumura who appears to be an ordinary, somewhat troublesome teenager—that is until one day he is ambushed by demons. His world turns upside down when he discovers that he is in fact the very son of Satan and that his demon father wishes for him to return so they can conquer Assiah together. Not wanting to join the king of Gehenna, Rin decides to begin training to become an exorcist so that he can fight to defend Assiah alongside his brother Yukio. 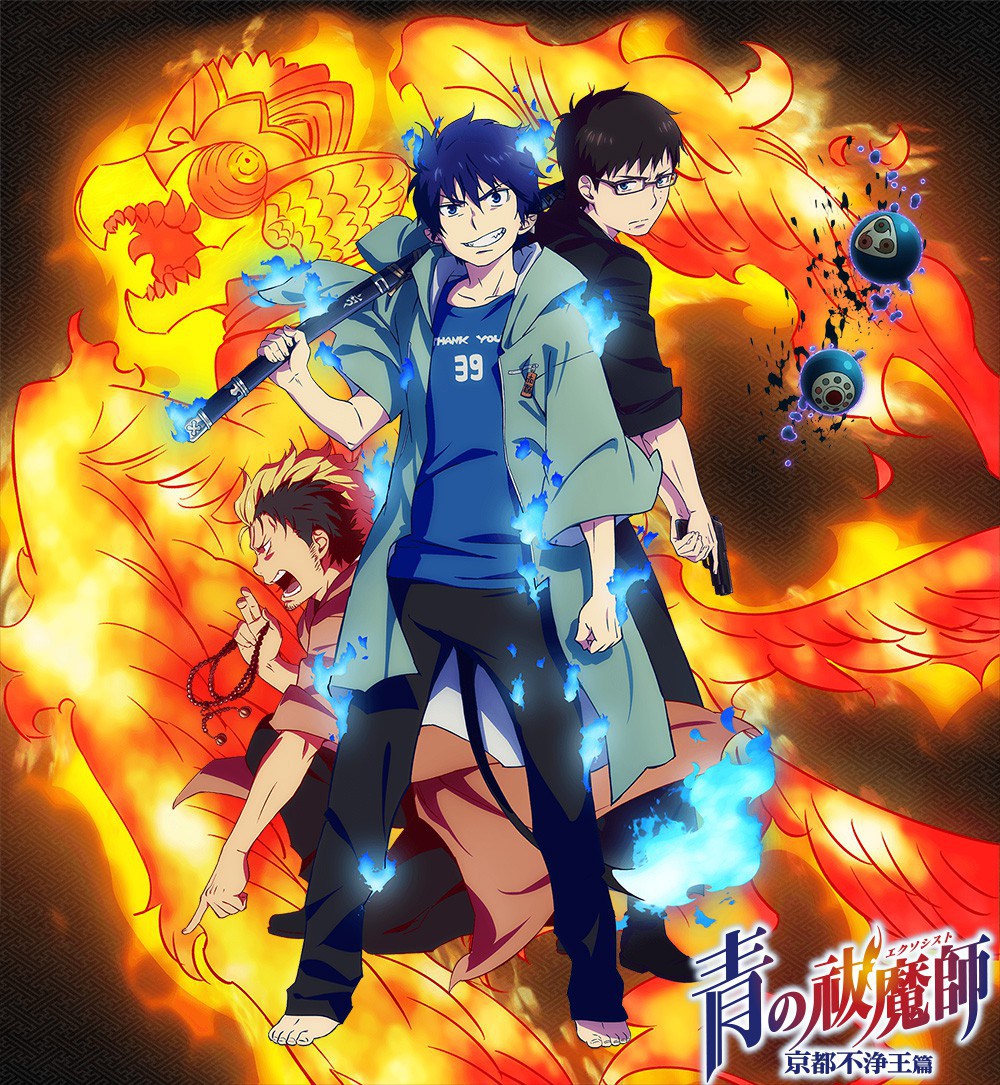 Ao no Exorcist: Kyoto Impure King Arc TV anime is in production and will air this upcoming January, during the Winter 2016/2017 anime season. It will animate the next major arc in the manga. Further information about the anime will be revealed at a later date.