A new visual for the anime adaptation of the Ao no Kanata no Four Rhythm (Four Rhythm Across the Blue) visual novel has been revealed in the February 2016 issue of NewType. You can purchase this issue here (get 5% off with coupon code MOE-N3Y-4YW0QK). 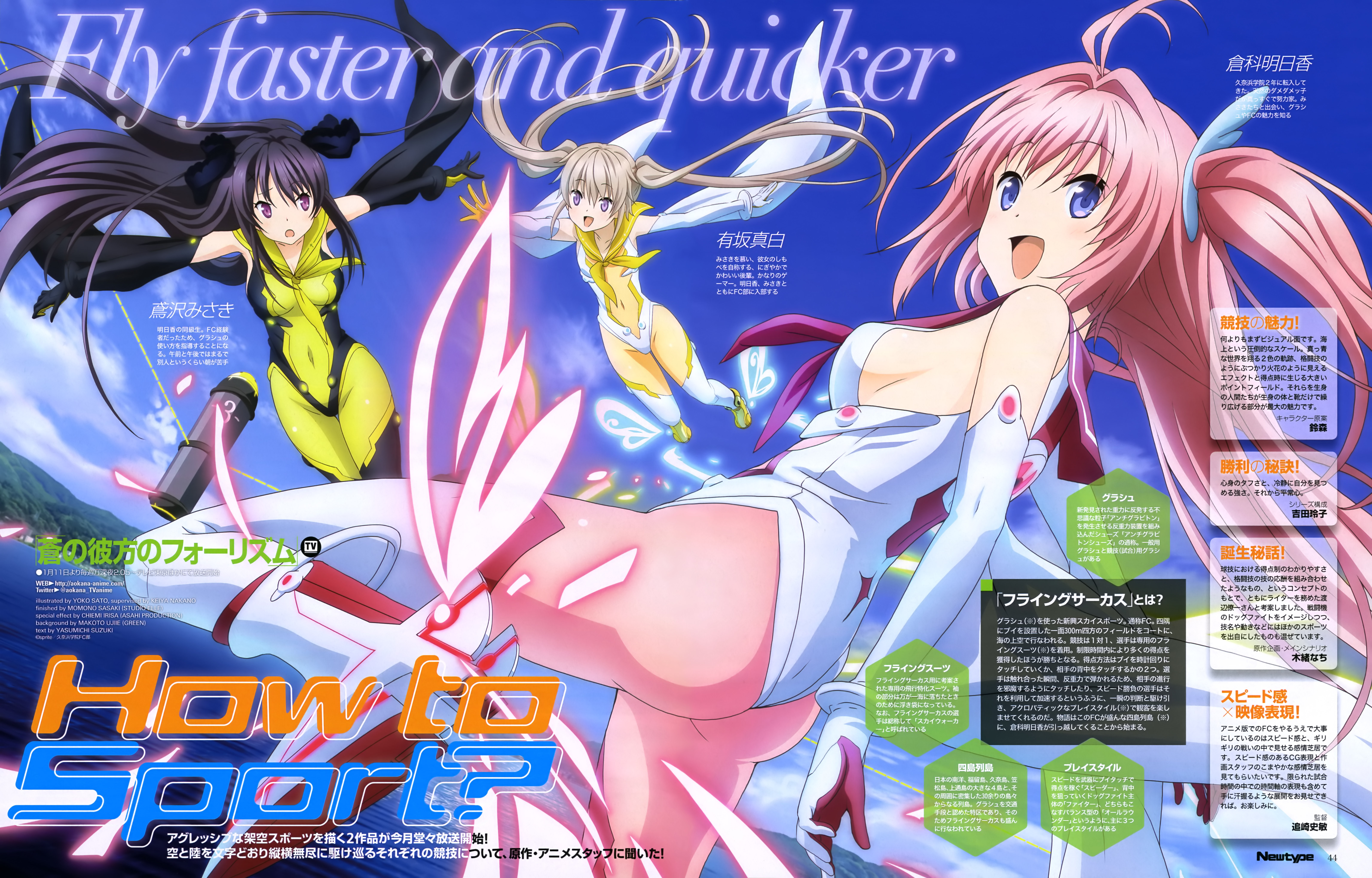 The Ao no Kanata no Four Rhythm anime is currently in production and will air in January 2016 during the Winter 2015/2016 anime season. Additional information about the series will be revealed soon.