A new visual of the Aquarion Logos anime has been featured in the September issue of NewType as a double page spread. You can purchase this NewType magazine issue here. 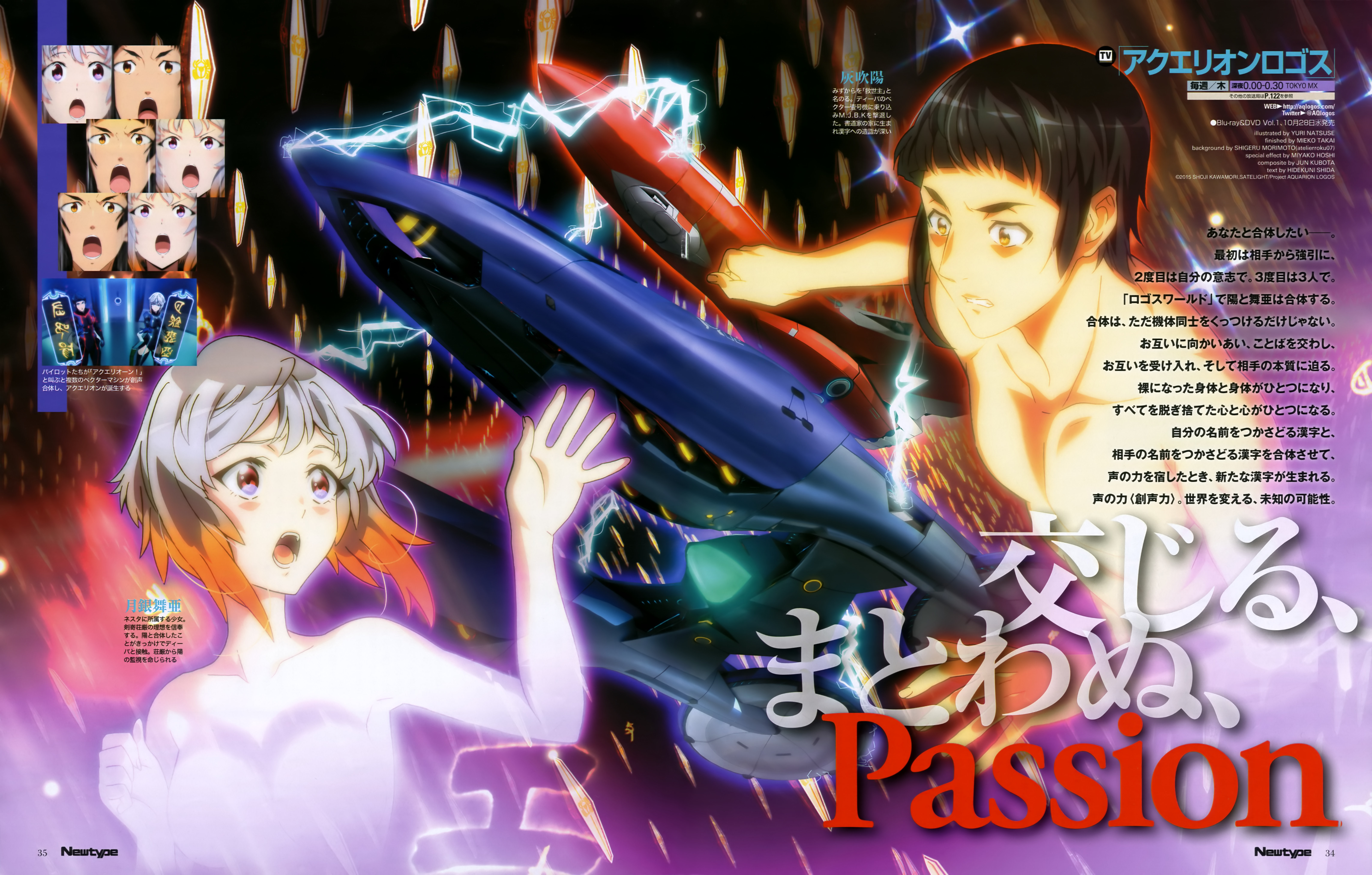 Aquarion Logos is an anime series produced by Satelight, and the third in the Aquarion franchise, after Genesis of Aquarionand Aquarion Evol, celebrating its 10th anniversary. The series is directed by Eiichi Sato, with character designs by Takeshi Mamezuka. The series’ opening theme will be composed by Yoko Kanno and performed by May’n. The series will begin airing in July 2015.