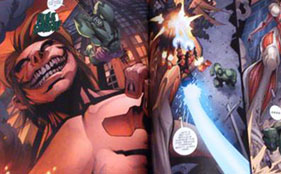 Twitter user Dan Kawaguchi has tweeted images for the Attack on Titan and Marvel franchise crossover comic that Japanese culture magazine Brutus published on Saturday. The comic features characters from Guardians of the Galaxy, Spider-Man and The Avengers as they battle the Female Titan, Colossal Titan, Armored Titan, and others in New York City.

The crossover featured English dialogue but includes a Japanese translation guide. As stated earlier, Attack on Titan creator Hajime Isayama himself created the plot for the comic.

The comic is titled Attack on Avengers, and the full staff lineup includes:

The issue also includes a short discussion with Marvel Comics Senior Vice President of Creative & Creator Development C.B. Cebulski titled “The Boom Has Landed in America. The Reason Is Because Americans Are Becoming Prisoners” that discusses Attack on Titan‘s popularity in America. Cebulski introduces the English phrase “Nothing Sacred” when discussing how major characters in the series will suddenly die. He also talks about how today’s youth in America live in uneasy times, with metal detectors at the entrances to high schools and children being banned from playing outside. He said people can feel like they are living within walled confines, and so perhaps American youths can emotionally invest in Eren and his friends’ fight with the Titans beyond the walls.

The same issue of Brutus features a cover drawn by Isayama, as well as an interview with Isayama, and a preview of the upcoming Attack on Titan art exhibit. 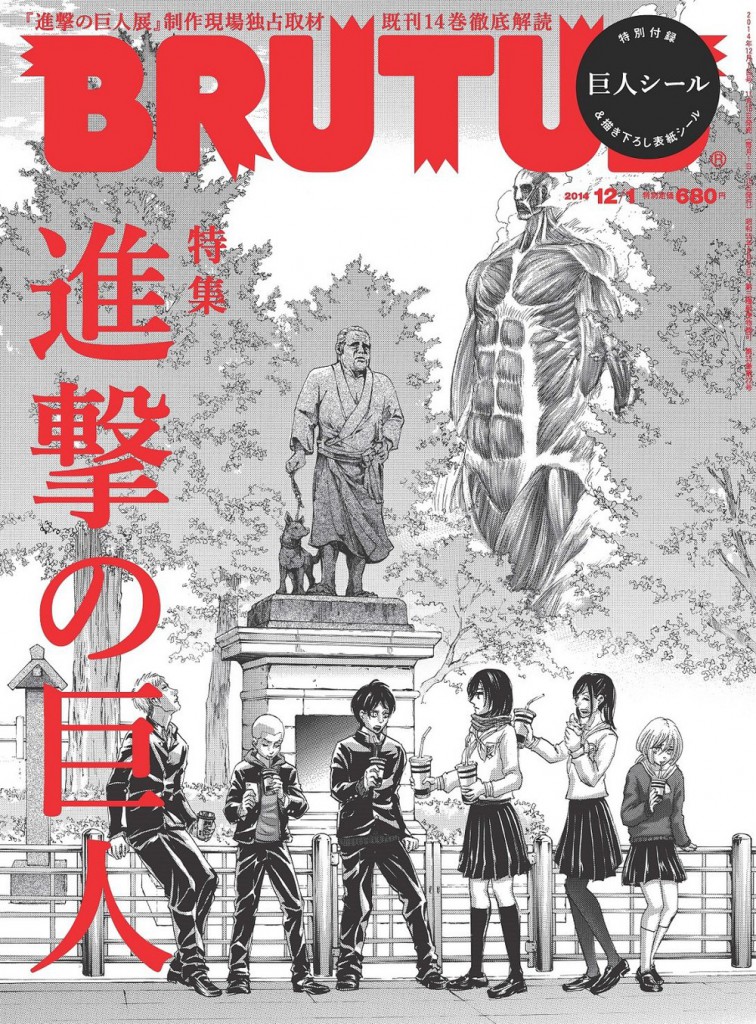