The voice of the eccentric Haruhi Suzumiya, Aya Hirano, has leaked on Twitter that the anime adaptation of Nagaru Tanigawa and Puyo’s The Disappearance of Nagato Yuki-Chan (The Vanishing of Nagato Yuki-Chan) manga will be airing from the Spring 2015 anime season. She will reprise her role as Haruhi in the upcoming series.

The original cast from The Melancholy of Haruhi Suzumiya series also return: 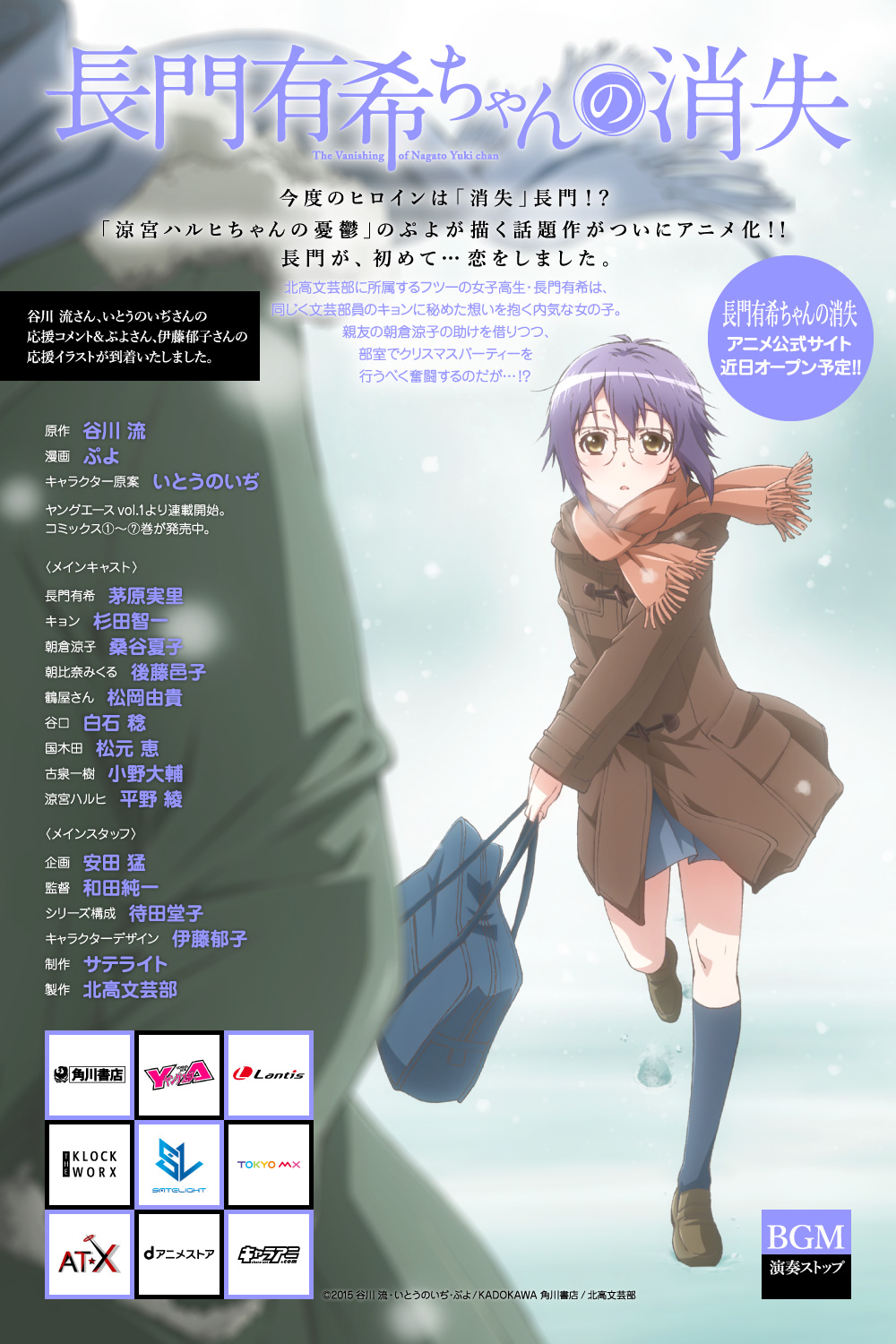 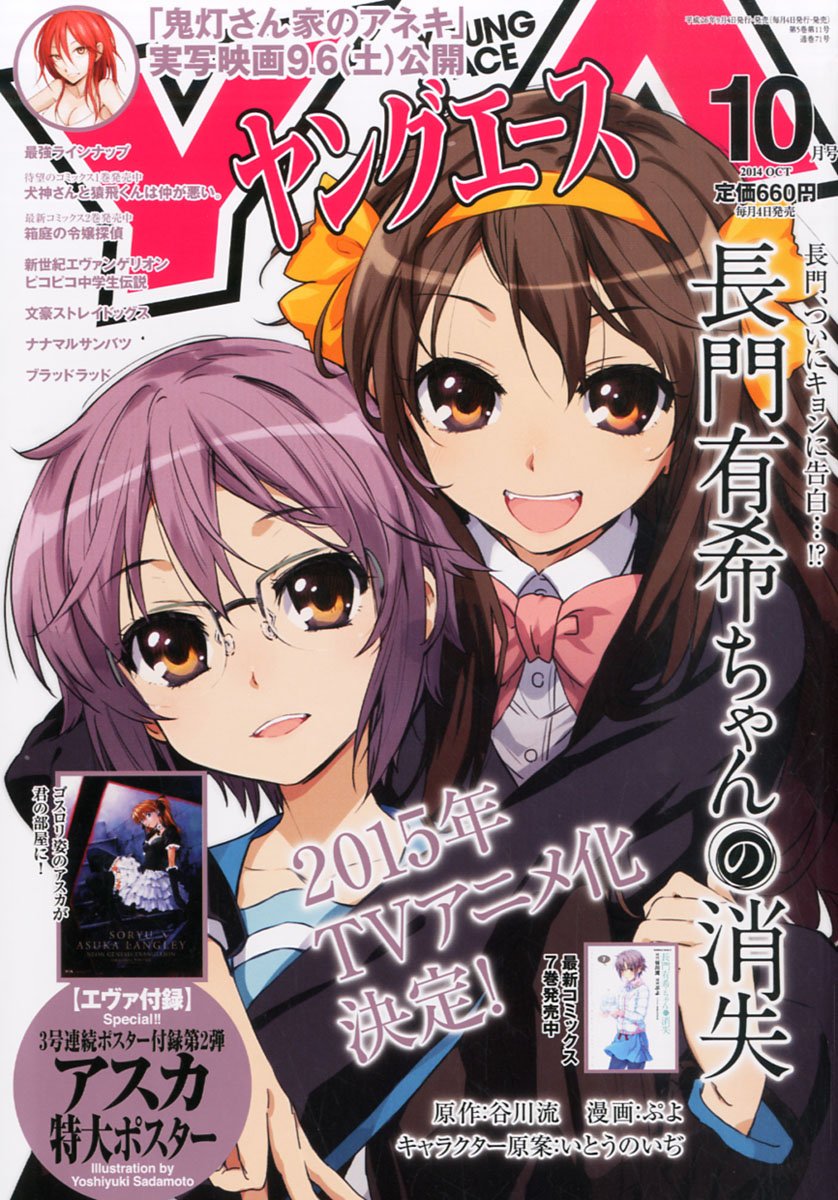 The anime adaptation of the spin-off manga was announced last year. Anime store Docomo was revealed to be streaming the upcoming series, as well as the two other spin-off shows in the Haruhi franchise, The Melancholy of Haruhi-chan Suzumiya and Nyoron Churuya-san.